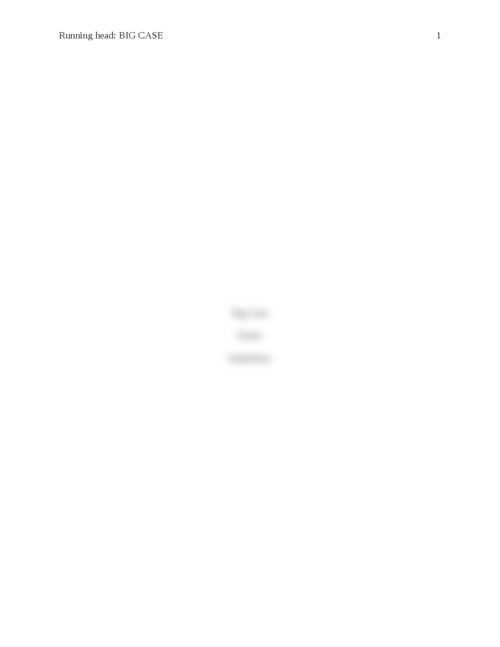 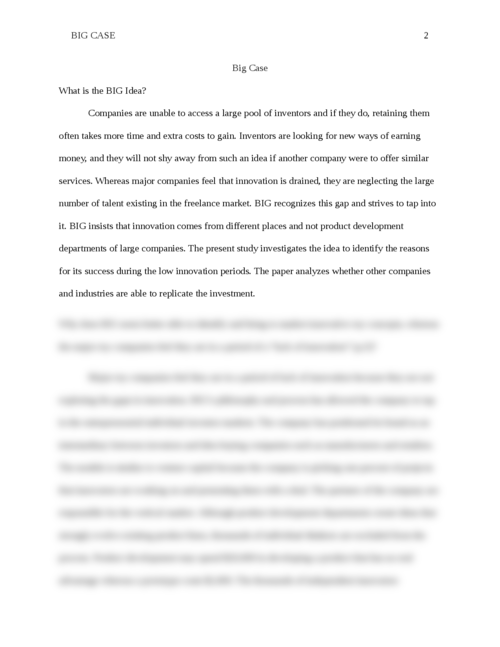 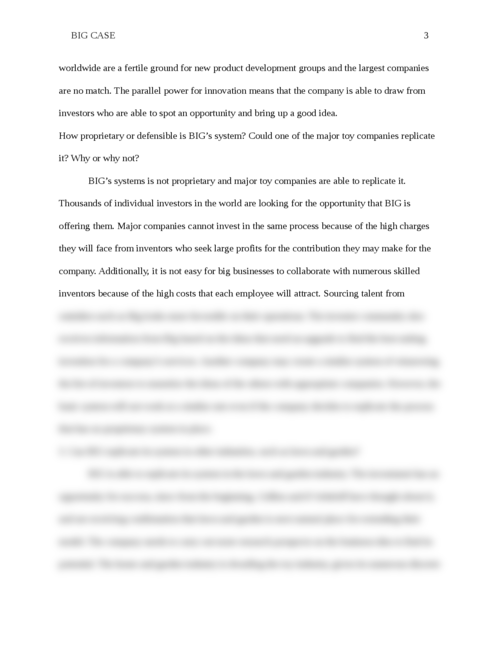 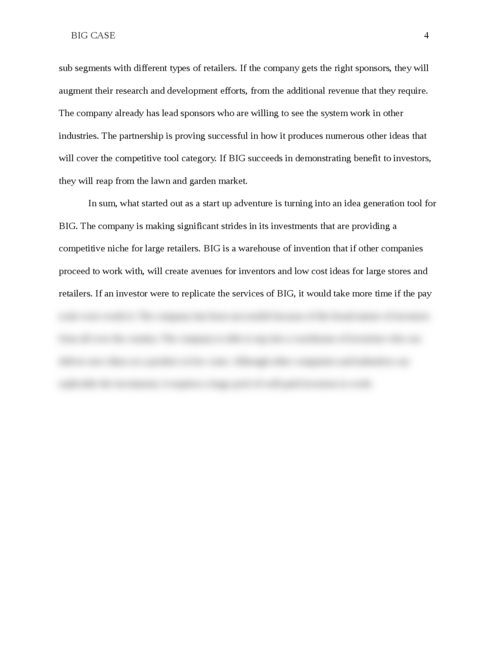 Case Study On The Big Idea

What's the BIG Idea?
1. Why does BIG seem better able to identify and bring to market innovative toy concepts,whereas the major toy companies feel they are in a period of a “lack of innovation” (p.3)?

2. How proprietary or defensible is BIG’s system? Could one of the major toy companiesreplicate it? Why or why not?

3. Can BIG replicate its system in other industries, such as lawn and garden?
Comments from Support Team: Manager's note: Fee:

What is the BIG Idea?

Companies are unable to access a large pool of inventors and if they do, retaining them often takes more time and extra costs to gain. Inventors are looking for new ways of earning money, and they will not shy away from such an idea if another company were to offer similar services. Whereas major companies feel that innovation is drained, they are neglecting the large number of talent existing in the freelance market. BIG recognizes this gap and strives to tap into it. BIG insists that innovation comes from different places and not product development departments of large companies. The present study investigates the idea to identify the reasons for its success during the low innovation periods. The paper analyzes whether other companies and industries are able to replicate the investment.

Why does BIG seem better able to identify and bring to market innovative toy concepts, whereas the major toy companies feel they are in a period of a “lack of innovation” (p.3)?