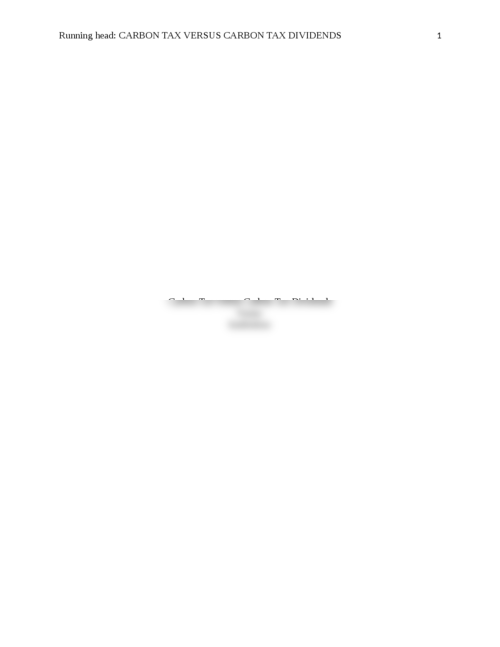 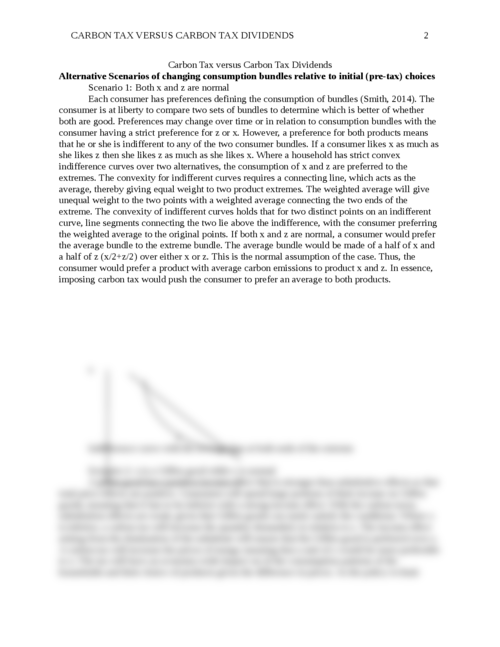 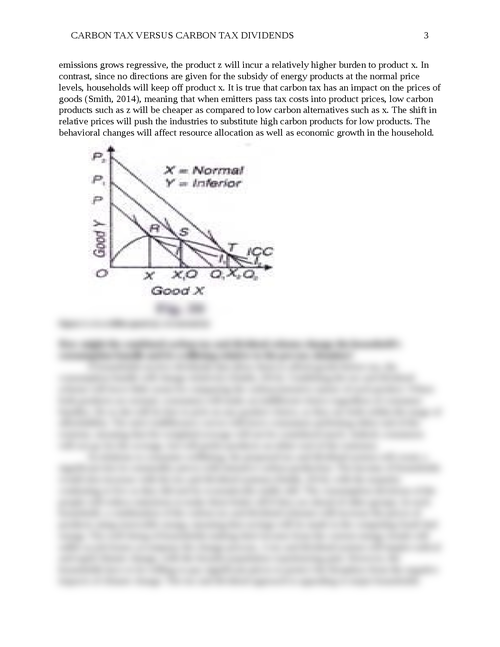 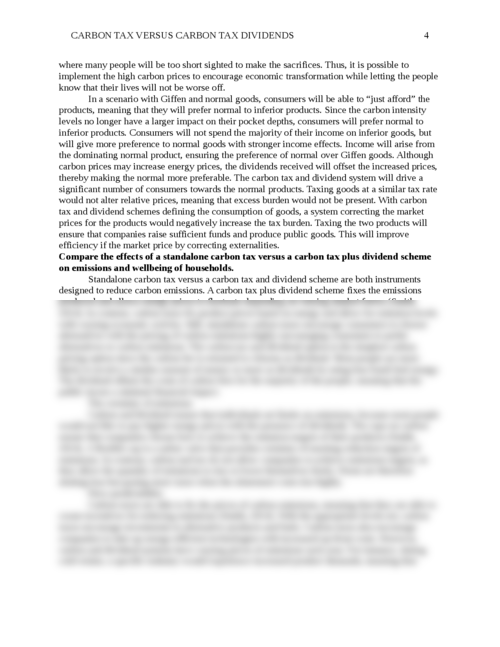 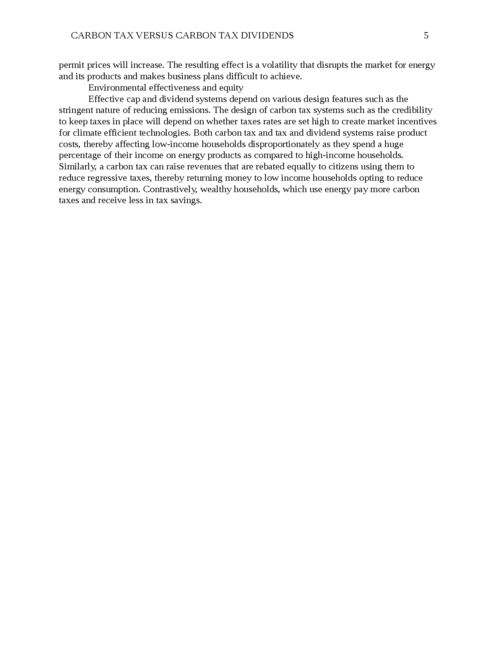 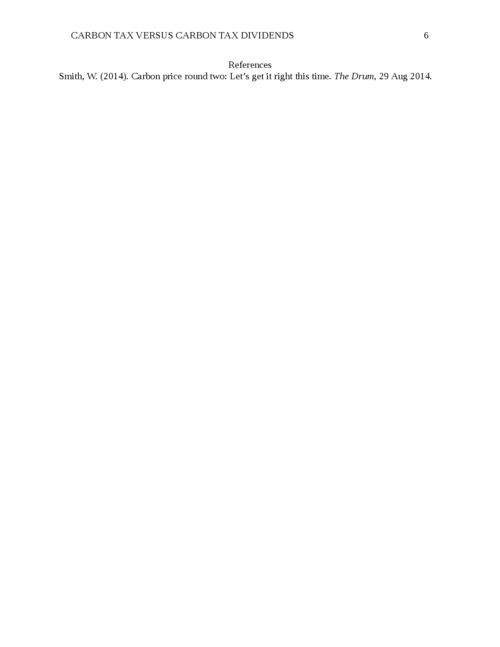 Please read the article  “Carbon price round two: let’s get it right this time” as published on ABC Drum website on 29th April, 2014. The article proposes a simple carbon tax and a dividend scheme where all carbon emissions are taxed at a flat rate and the revenues earned are returned to the households as dividends.

The URL for the article is Carbon price round two: let's get it right this time Suppose that a household spends its entire income on two commodities x and z where producing a unit of x involves higher carbon emissions than a unit of z. Assume that the household has usual strictly convex indifference curves representing its preferences over alternative bundles of x and z.

(i) If only the carbon tax was imposed but no dividend provided, how might the household’s consumption bundle change relative to its initial (pre-tax) choice? You need to consider the 2 alternative scenarios:

Now consider the proposed carbon tax and dividend scheme. Suppose that the dividends are paid out to every household in a manner such that it is able to “just afford” the consumption bundle it purchased prior to the tax.

(ii) How might the combined carbon tax and dividend scheme change the household’s consumption bundle and its wellbeing relative to the pre-tax situation?

(iii) Using your analysis from parts (i) and (ii), briefly compare the effects of a standalone carbon tax versus a carbon tax plus dividend scheme on emissions and wellbeing of households.

Scenario 1: Both x and z are normal

Each consumer has preferences defining the consumption of bundles (Smith, 2014). The consumer is at liberty to compare two sets of bundles to determine which is better of whether both are good. Preferences may change over time or in relation to consumption bundles with the consumer having a strict preference for z or x. However, a preference for both products means that he or she is indifferent to any of the two consumer bundles. If a consumer likes x as much as she likes z then she likes z as much as she likes x. Where a household has strict convex indifference curves over two alternatives, the consumption of x and z are preferred to the extremes. The convexity for indifferent curves requires a connecting line, which acts as the average, thereby giving equal weight to two product extremes. The weighted average will give unequal weight to the two points with a weighted average connecting the two ends of the extreme. The convexity of indifferent curves holds that for two distinct points on an indifferent curve, line segments connecting the two lie above the indifference, with the consumer preferring the weighted average to the original points. If both x and z are normal, a consumer would prefer the average bundle to the extreme bundle. The average bundle would be made of a half of x and a half of z (x/2+z/2) over either x or z. This is the normal assumption of the case. Thus, the consumer would prefer a product with average carbon emissions to product x and z. In essence, imposing carbon tax would push the consumer to prefer an average to both products.