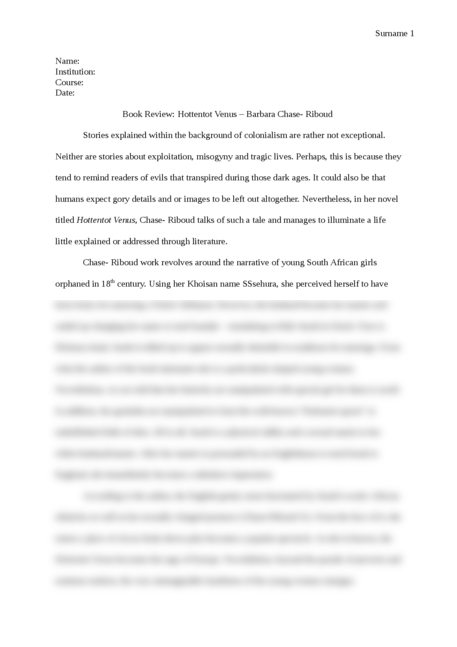 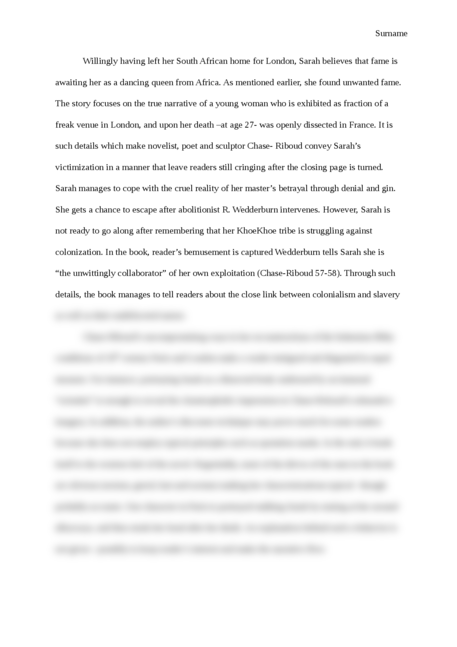 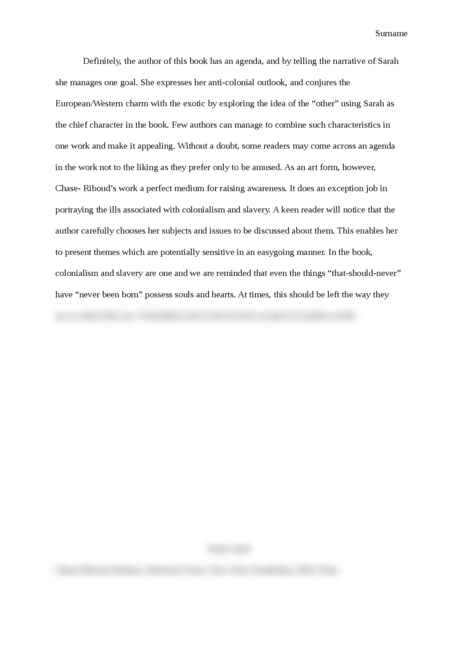 So choose the topic that you have a brief  knowledge.

Stories explained within the background of colonialism are rather not exceptional. Neither are stories about exploitation, misogyny and tragic lives. Perhaps, this is because they tend to remind readers of evils that transpired during those dark ages. It could also be that humans expect gory details and or images to be left out altogether. Nevertheless, in her novel titled Hottentot Venus, Chase- Riboud talks of such a tale and manages to illuminate a life little explained or addressed through literature.

Chase- Riboud work revolves around the narrative of young South African girls orphaned in 18th century. Using her Khoisan name SSsehura, she perceived herself to have been lucky for marrying a Dutch Afrikaner. However, the husband became her master and ended up changing her name to read Saartjie – translating to little Sarah in Dutch. True to Khoisan ritual, Sarah is tidied up to appear sexually desirable in readiness for marriage. From what the author of the book insinuates she is a particularly shaped young woman. 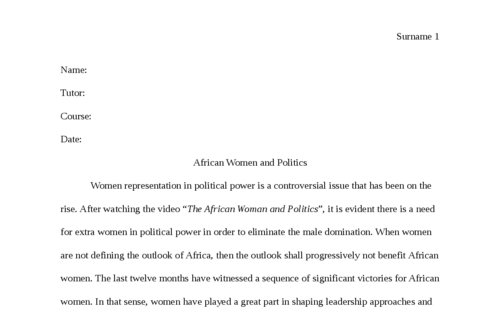 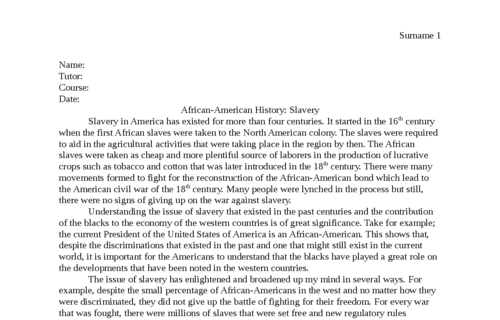