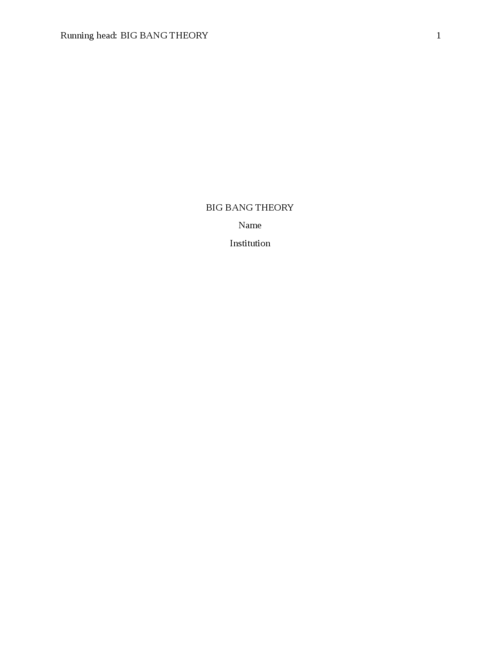 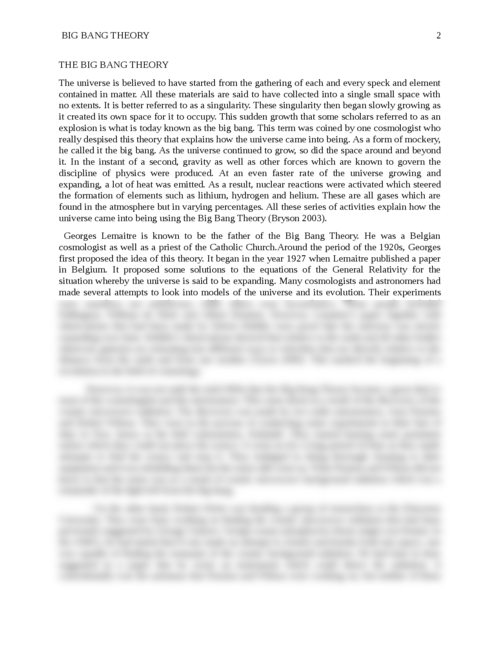 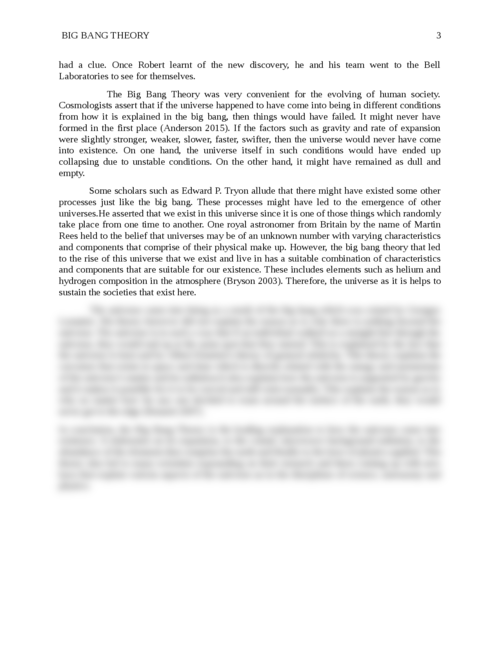 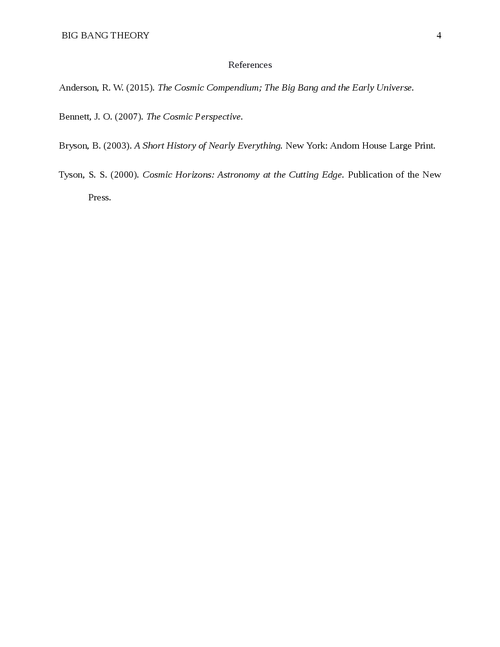 Bill Bryson's book, A Short History of Everything, discusses fundamental scientific discoveries in chemistry, biology, physics, mathematics, and beyond. In this research paper you are to complete a more thorough investigation of one scientific discovery covered in the text (The Bing Bang Theory).

You must use at least two outside sources, and your paper must cover the following: background on how the discovery was made, the principle scientist(s) involved, the importance of this discovery to the scientific community, and any societal impacts.

The universe is believed to have started from the gathering of each and every speck and element contained in matter. All these materials are said to have collected into a single small space with no extents. It is better referred to as a singularity. These singularity then began slowly growing as it created its own space for it to occupy. This sudden growth that some scholars referred to as an explosion is what is today known as the big bang. This term was coined by one cosmologist who really despised this theory that explains how the universe came into being. As a form of mockery, he called it the big bang. As the universe continued to grow, so did the space around and beyond it. In the instant of a second, gravity as well as other forces which are known to govern the discipline of physics were produced. At an even faster rate of the universe growing and expanding, a lot of heat was emitted. As