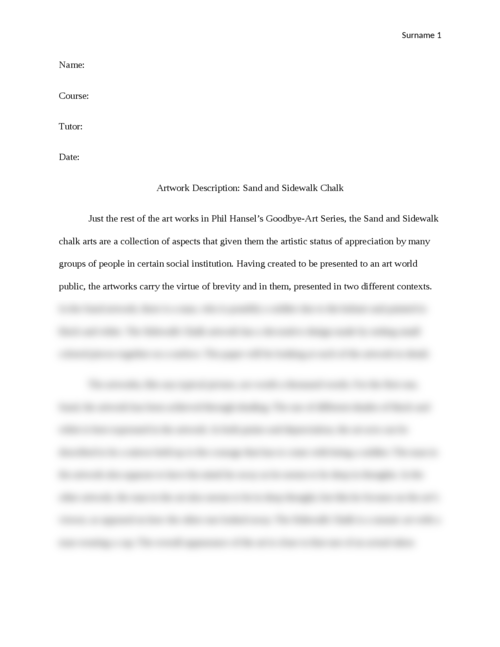 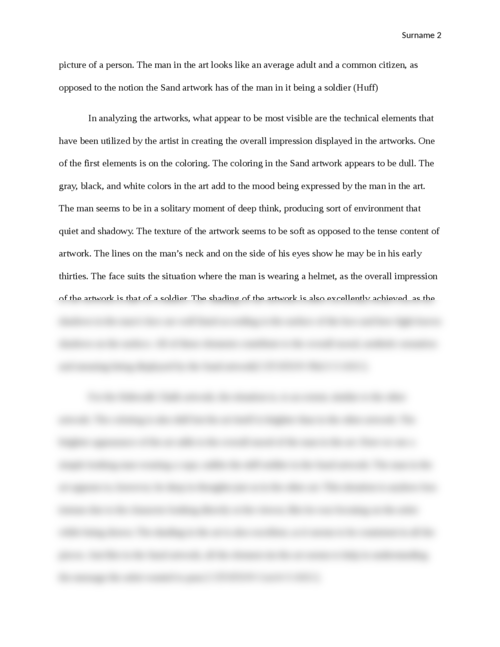 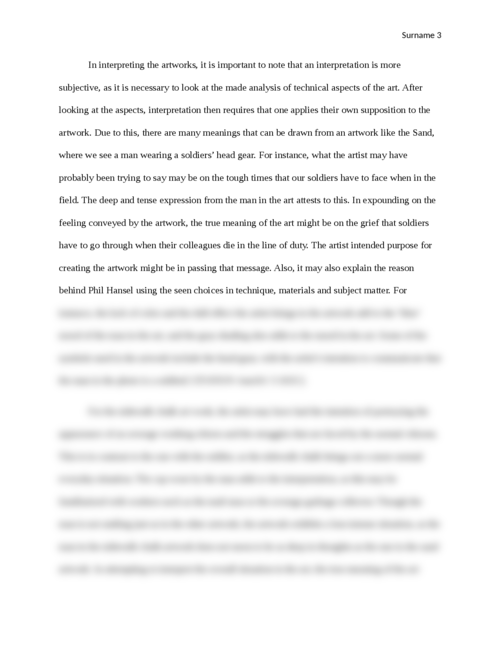 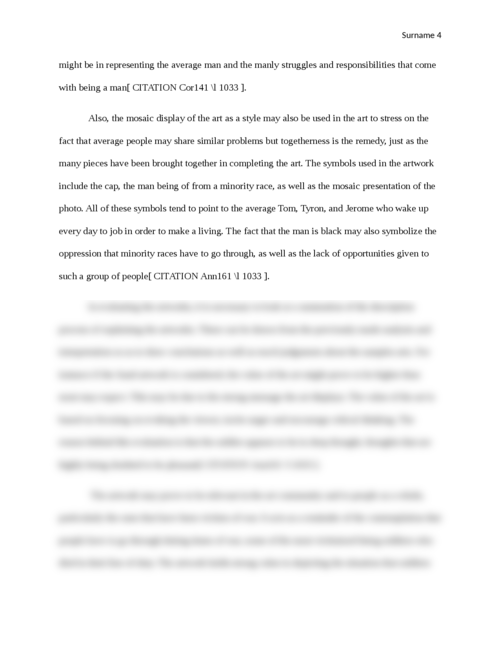 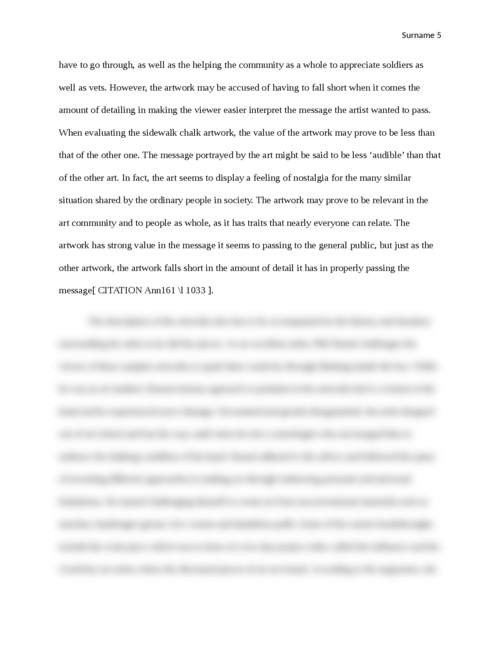 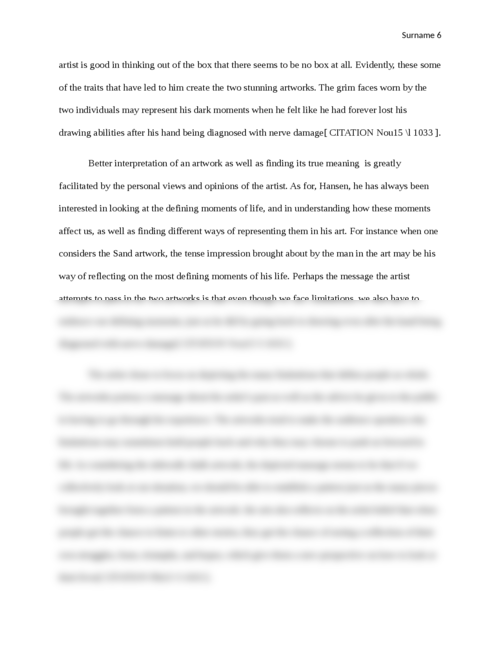 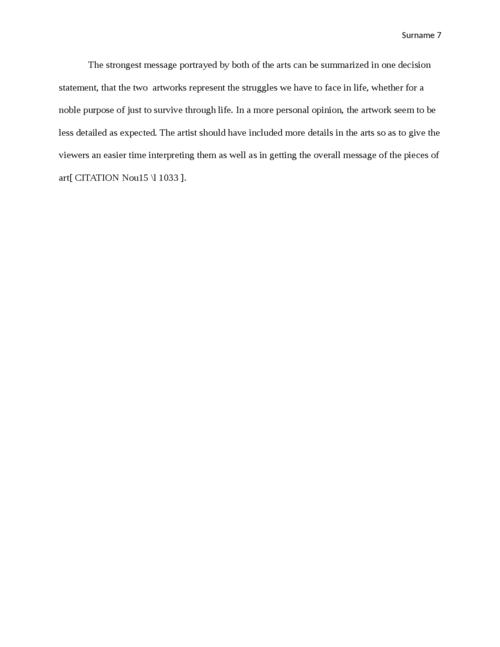 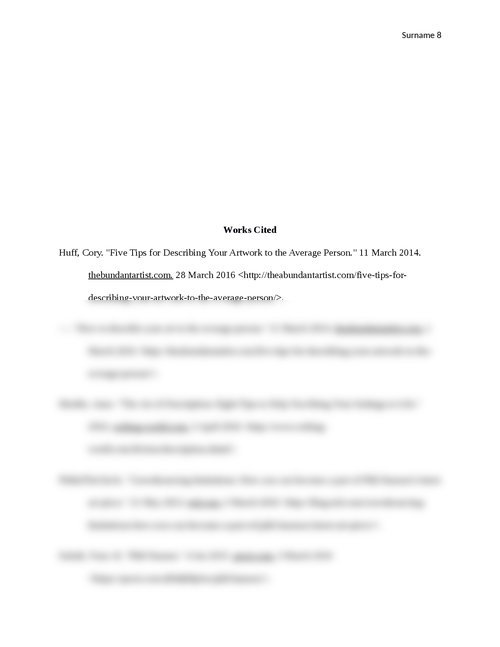 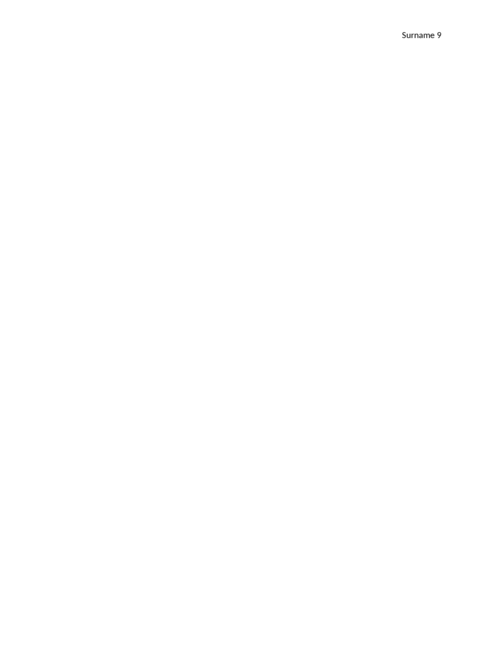 Write essay on any 2 artwork from Goodbye series of Phil Hansen.

Just the rest of the art works in Phil Hansel’s Goodbye-Art Series, the Sand and Sidewalk chalk arts are a collection of aspects that given them the artistic status of appreciation by many groups of people in certain social institution. Having created to be presented to an art world public, the artworks carry the virtue of brevity and in them, presented in two different contexts. In the Sand artwork, there is a man, who is possibly a soldier due to the helmet and painted in black and white. The Sidewalk Chalk artwork has a decorative design made by setting small colored pieces together on a surface. The paper will be looking at each of the artwork in detail.

The artworks, like any typical picture, are worth a thousand words. For the first one, Sand, the artwork has been achieved through shading. The use of different shades of black and white is best expressed in the artwork. In both praise and depreciation, the art acts can be described to be a mirror held up to the courage that has to come with being a soldier. The man in the artwork also appears to have his mind far away as he seems to be deep in thoughts. In the other artwork, the man in the art also seems to be in deep thought, but this he focuses on the art’s viewer, as opposed on how the other one looked away. The Sidewalk Chalk is a mosaic art with a man wearing a cap. The overall appearance of the art is close to that one of an actual taken picture of a person. The man in the art looks like an average adult and a common citizen, as opposed to the notion the Sand artwork has of the man in it being a soldier (Huff)

In analyzing the artworks, what appear to be most visible are the technical elements that have been utilized by the artist in creating the overall impression displayed in the artworks. One of the first elements is on the coloring. The coloring in the Sand artwork appears to be dull. The gray, black, and white colors in the art add to the mood being expressed by the man in the art. The man seems to be in a solitary moment of deep think, producing sort of environment that quiet and shadowy.