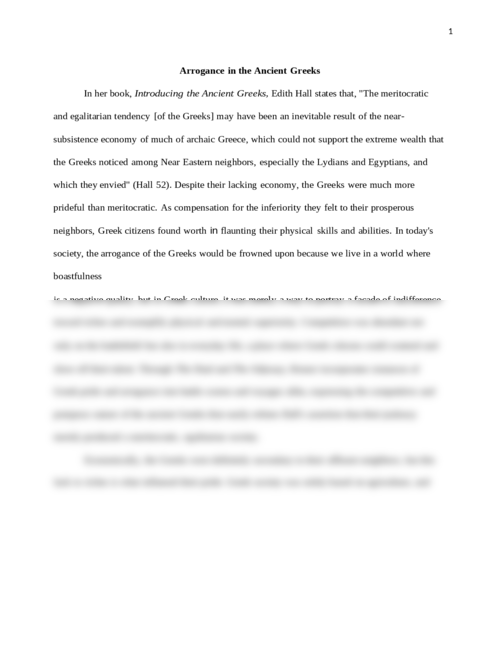 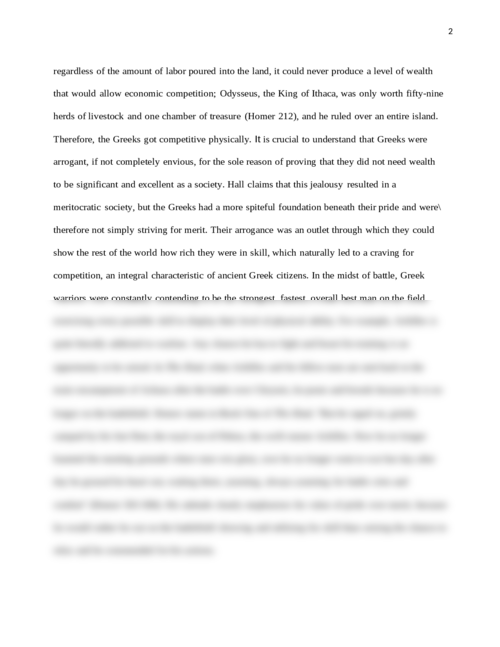 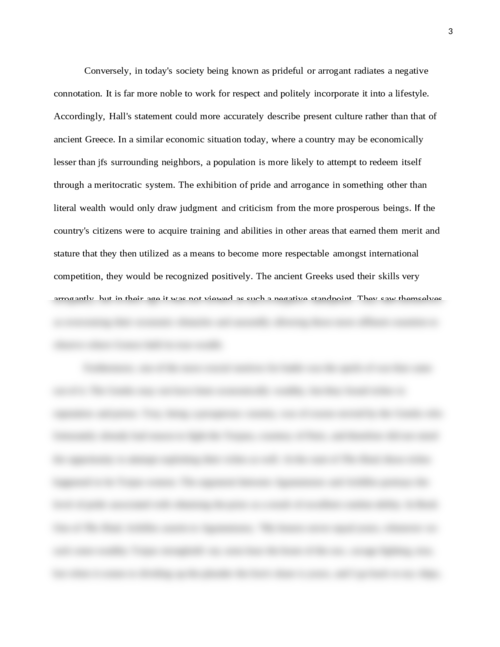 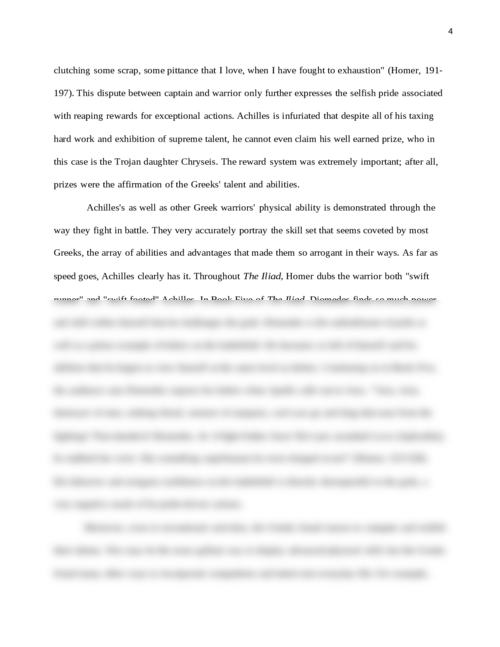 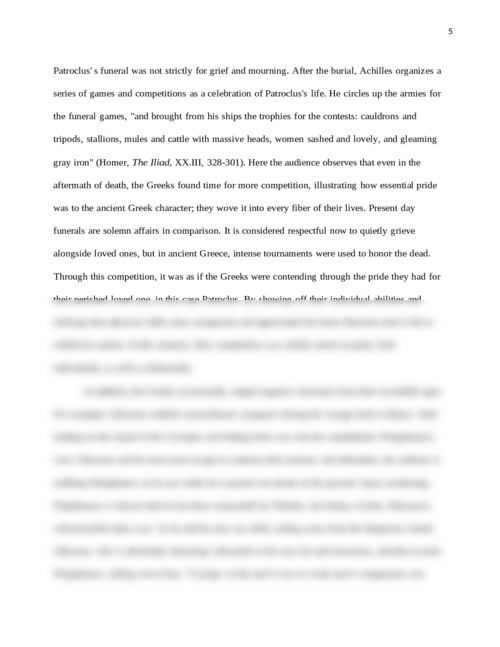 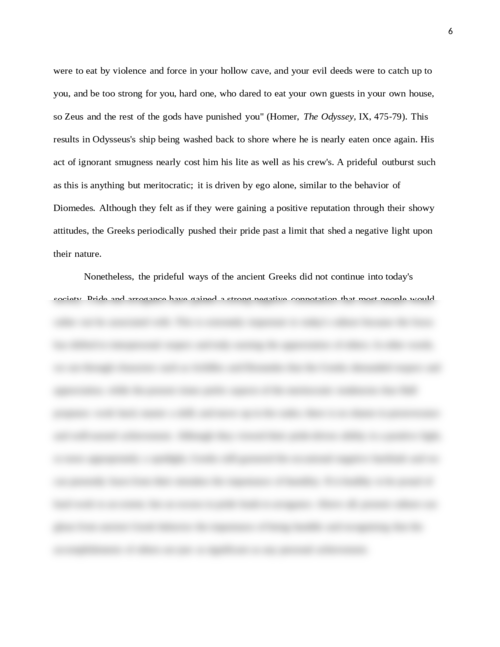 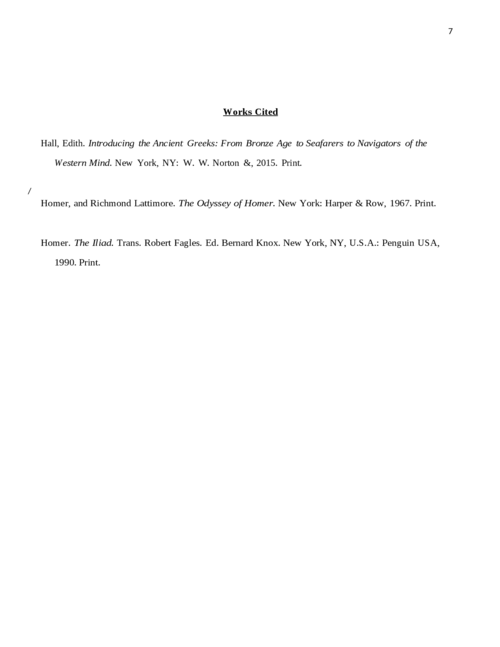 Arrogance In The Ancient Greeks

How does Homer portray ancient Greeks in his works of The Iliad and The Odyssey?

Arrogance in the Ancient

Greeks In her book, Introducing the Ancient Greeks, Edith Hall states that, "The meritocratic and egalitarian tendency [of the Greeks] may have been an inevitable result of the near-subsistence economy of much of archaic Greece, which could not support the extreme wealth that the Greeks noticed among Near Eastern neighbors, especially the Lydians and Egyptians, and which they envied" (Hall 52). Despite their lacking economy, the Greeks were much more prideful than meritocratic. As compensation for the inferiority they felt to their prosperous neighbors, Greek citizens found worth in flaunting their physical skills and abilities. In today's society, the arrogance of the Greeks would be frowned upon because we live in a world where boastfulness 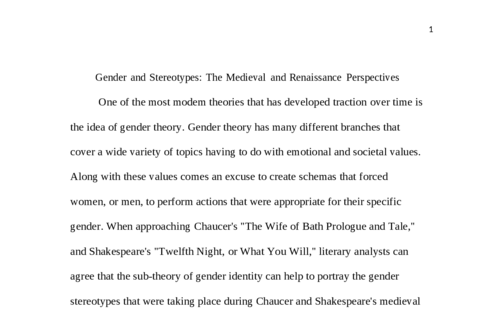 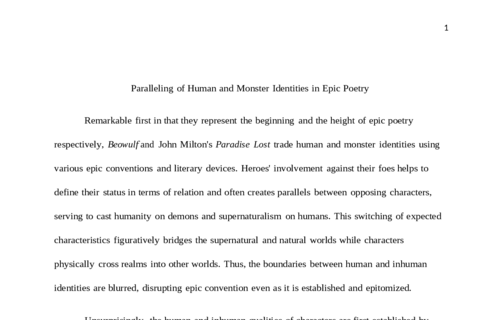 Paralleling of Human a...