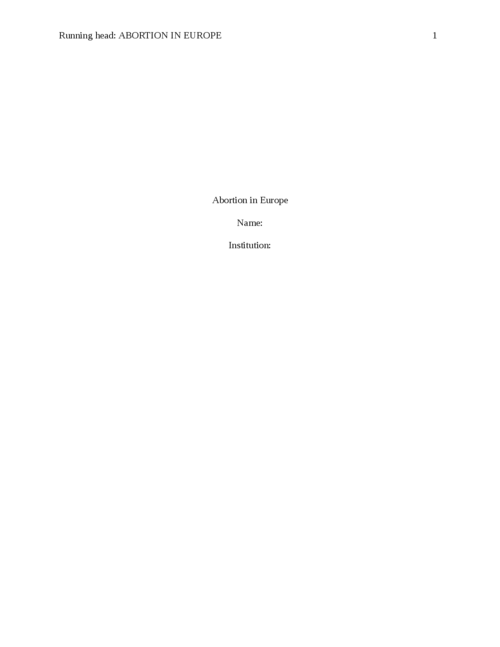 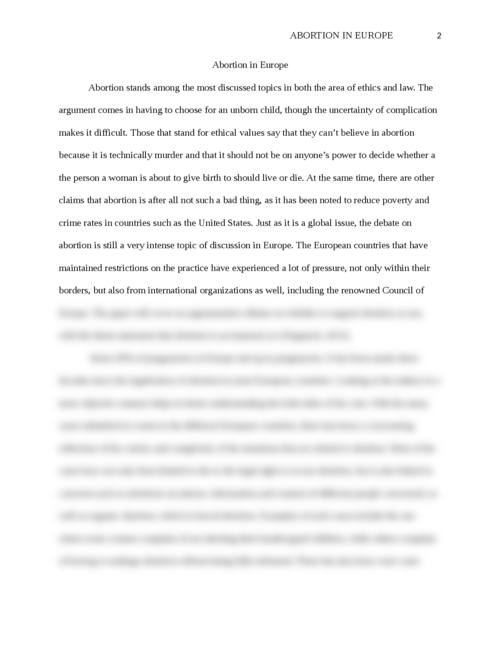 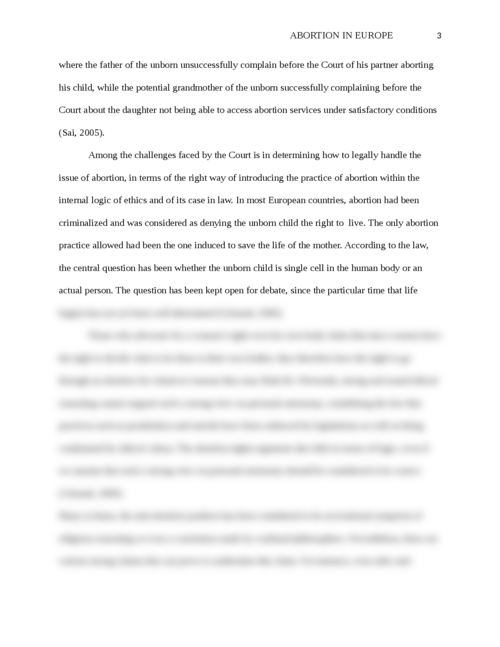 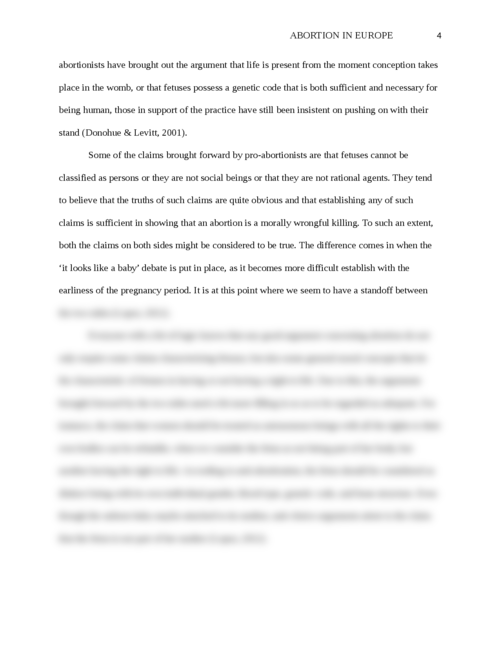 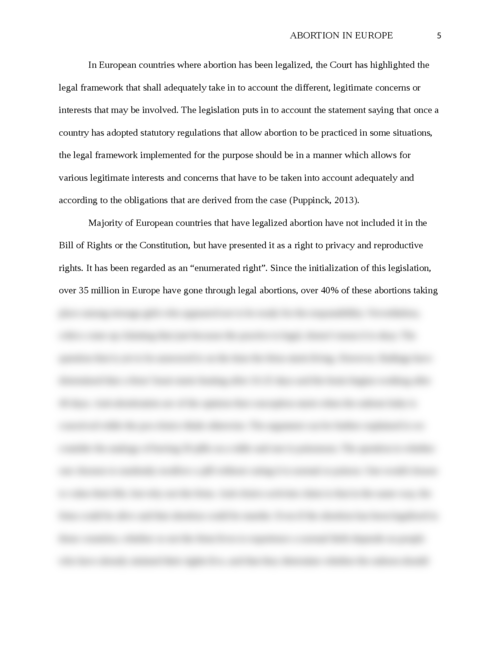 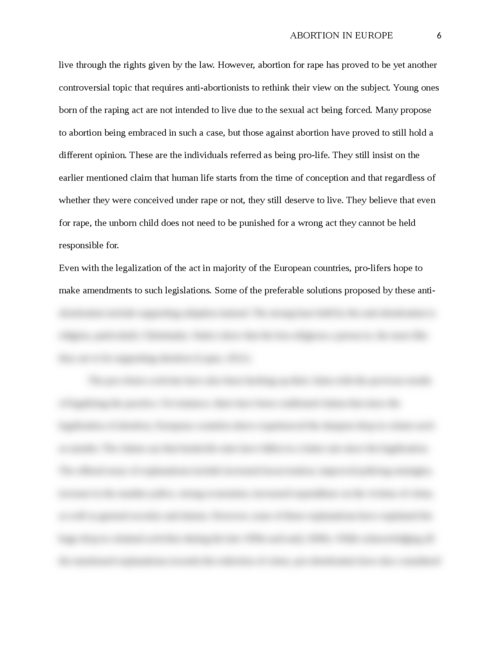 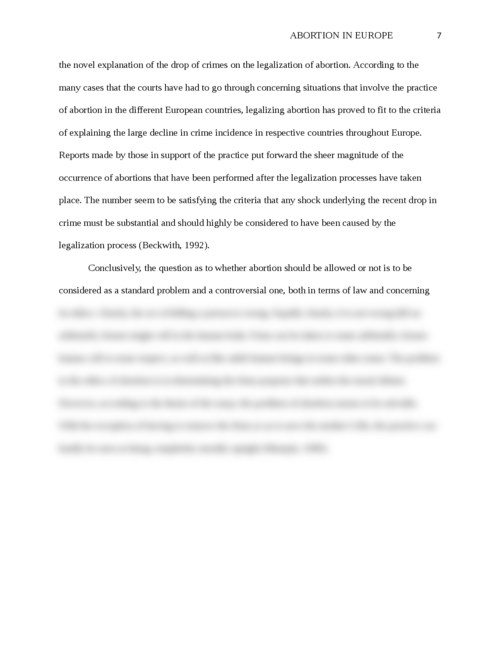 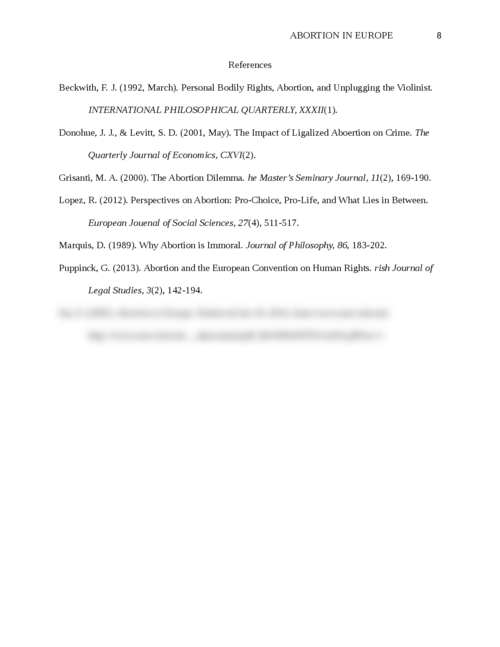 Argumentative Essay On "Abortion In Europe"

In your argumentative essay you will write a paper advocating legislative change in an area chosen by the student.

In this essay, you should combine your own thoughtful analysis of the topic with information from your sources.  Keep in mind, however, that this is to be an argumentative essay, not a research paper or simply a summary of your reading. A common mistake is to rely too heavily on the use of quotes. A quote can sometimes be helpful but the instructor is looking for your thoughts and your construction of the essay, not some authority’s statements.

Abortion stands among the most discussed topics in both the area of ethics and law. The argument comes in having to choose for an unborn child, though the uncertainty of complication makes it difficult. Those that stand for ethical values say that they can’t believe in abortion because it is technically murder and that it should not be on anyone’s power to decide whether a the person a woman is about to give birth to should live or die. At the same time, there are other claims that abortion is after all not such a bad thing, as it has been noted to reduce poverty and crime rates in countries such as the United States. Just as it is a global issue, the debate on abortion is still a very intense topic of discussion in Europe. The European countries that have maintained restrictions on the practice have experienced a lot of pressure, not only within their borders, but also from international organizations as well, including the renowned Council of Europe. The paper will cover an argumentative debate on whether to support abortion or not, with the thesis statement that abortion is an immoral act (Puppinck, 2013).

About 30% of pregnancies in Europe end up in pregnancies. It has been nearly three decades since the legalization of abortion in most European countries. Looking at the subject in a more objective manner helps in better understanding the both sides of the coin. With the many cases submitted in courts in the different European countries, there has been a n increasing reflection of the variety and complexity of the situations that are related to abortion. Most of the cases have not only been limited to the to the legal right to access abortion, but is also linked to concerns such as abortions on minors, information and consent of different people concerned, as well as eugenic abortion, which is forced abortion. Examples of such cases include the one where some women complain of not aborting their handicapped children, while others complain of having to undergo abortion without being fully informed. 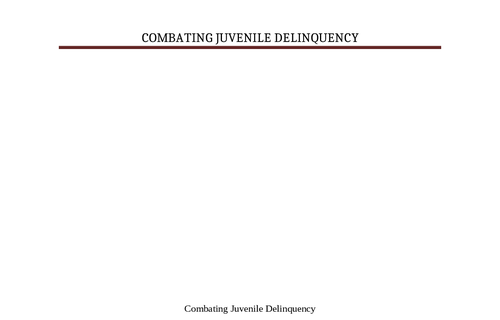 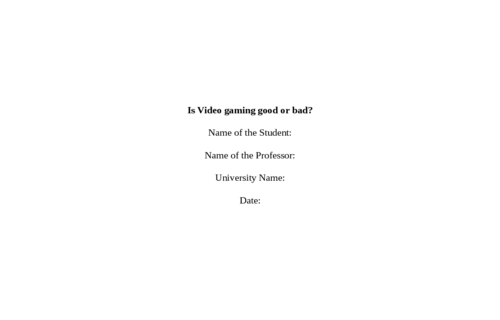