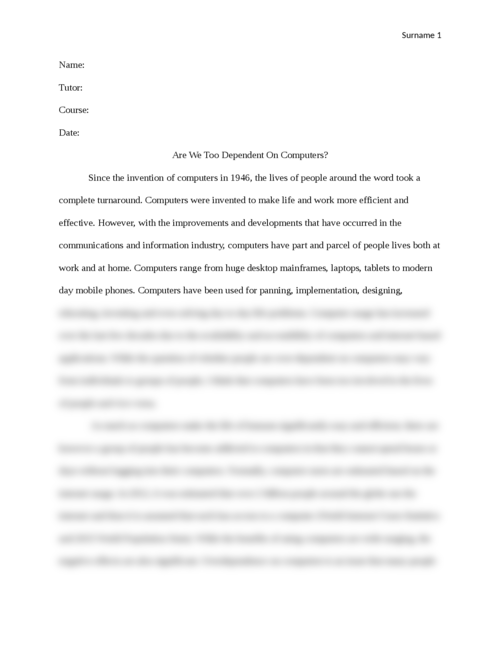 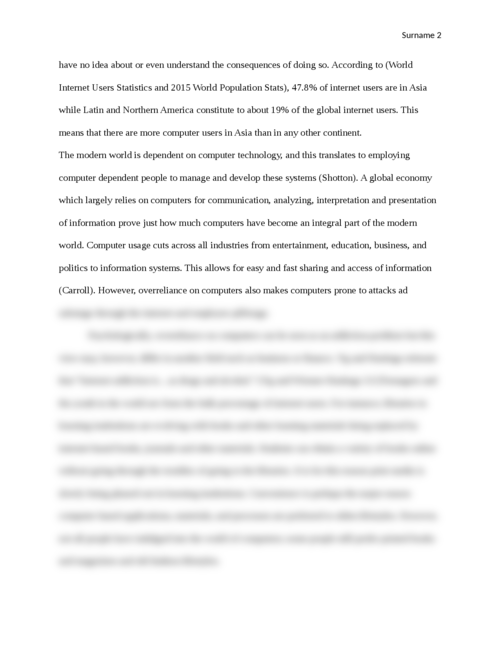 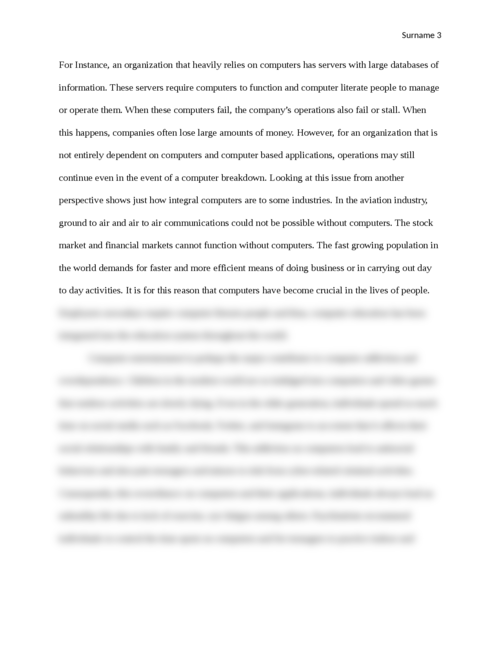 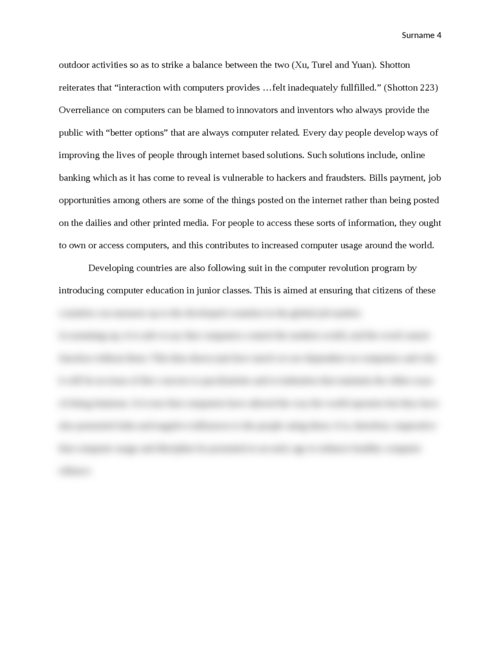 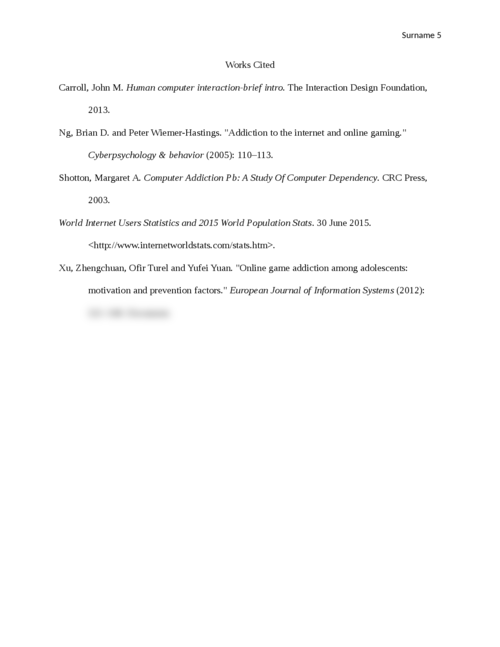 Are We Too Dependent On Computers?

Write an essay on the question: Are We Too Dependent On Computers?

In this essay you should present an argument that incorporates logos-, ethos-, and pathos-based supports. Logos necessitates a reasonable argument. Use facts to show the importance of your topic. Ethos can be established through the use of quotations from experts or your own experience, if you qualify as an expert on the topic.

Use the opinions of experts to further support your argument. Pathos should include at least one particularly moving example related to your topic. You should also explicitly state and support the primary warrant of your argument.

Title: Are We Too Dependent On Computers?
Length: 4 pages (1100 Words)
Style: MLA

Are We Too Dependent On Computers?

Since the invention of computers in 1946, the lives of people around the word took a complete turnaround. Computers were invented to make life and work more efficient and effective. However, with the improvements and developments that have occurred in the communications and information industry, computers have part and parcel of people lives both at work and at home. Computers range from huge desktop mainframes, laptops, tablets to modern day mobile phones. Computers have been used for panning, implementation, designing, educating, inventing and even solving day to day life problems. Computer usage has increased over the last few decades due to the availability and accessibility of computers and internet based applications. While the question of whether people are over-dependent on computers may vary from individuals to groups of people, I think that computers have been too involved in the lives of people and vice versa.