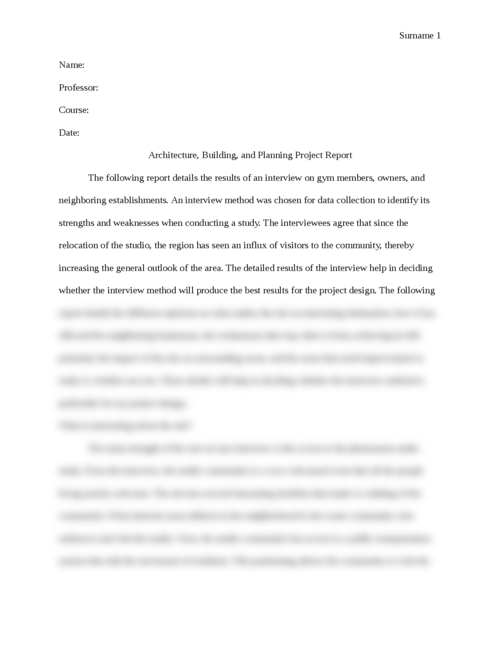 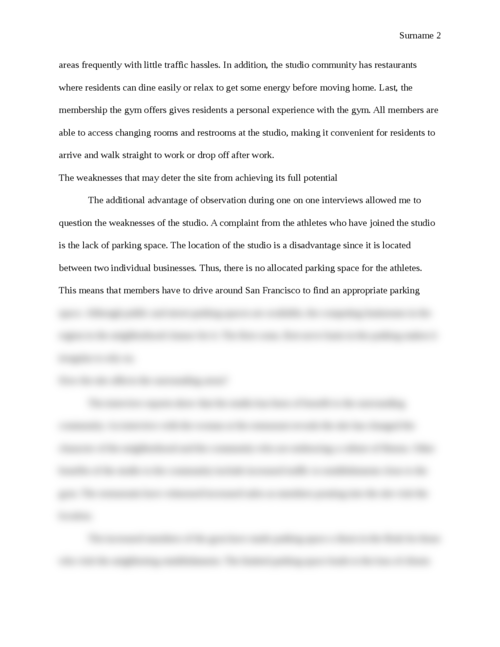 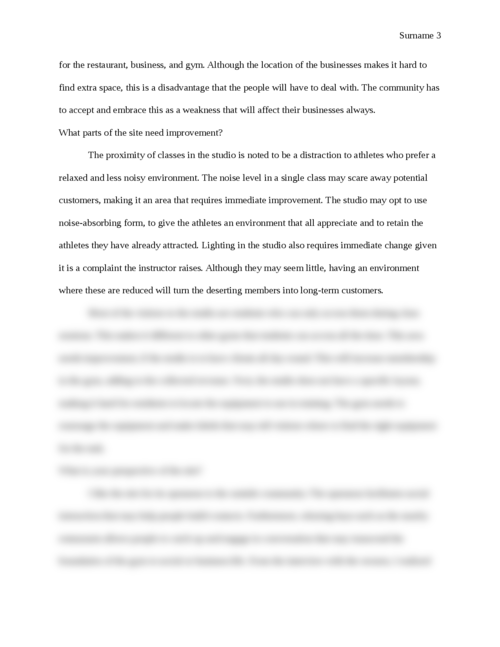 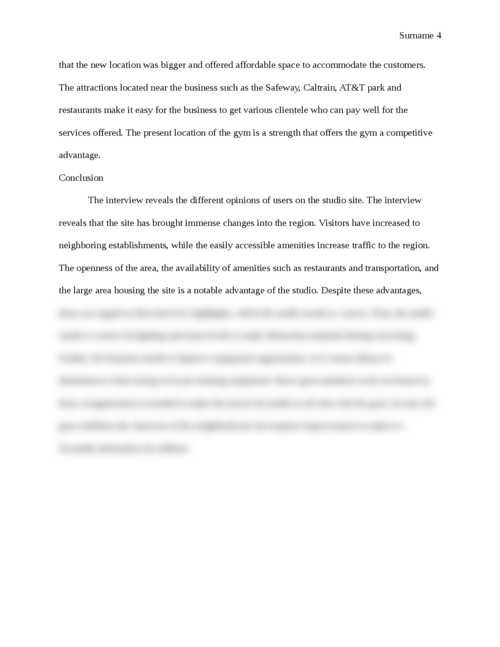 I want you to make a summary of Interview that i have made. This summary will be helping be for my Project Report ( Discovery Science ).

I don't expect grammar mistake and you can use first person "I" at this Interview summary paper.

Here is the interview :

10 Interview Questions: The goal from the interview is to gather information from different point of view by the site users throughout people who might not an often user but had an experience with the site (neighborhood).

He is one of the office boy in the studio. Her works here since this studio open and moved to 4th st. He is very familiar with the studio because he works every day. His job is to make sure all the equipment placed and organized after the class done. Sometime he clean the restrooms and also the studio before the class begin. Since he is very familiar with the site, he has a reliable opinion about the site. He think the community is very welcomed (studio community an event neighborhood). It is not hard for him to be survived in this site because it is very close to Public transportation such as Bus & Caltrain and also restaurants.

She is quite new to the class and come to studio only during class session and only stay couple minutes after the class done. She said that she was curious at first then she really enjoyed the class because she feels a warm community and friends in this gym studio.

He already joined the class for 2 term. He is not as young as the other athletes but he is really put much attention to this weight lifting exercise. He went to this studio twice a week and sometimes go to other gym before he come to the class session in this studio.

He also he already joined the class for 2 term. Form their personal experience since joined the membership, they felt is quiet convenient the fact this studio provide changing rooms and restrooms inside the studio. However, just like the other athletes, he found that somehow it is hard to look for parking. It is hard to look for parking in San Francisco and eve this site because it is located in the middle between 2 individual businesses and doesn't provide parking. Parking that they may us is public parking 1-2 blocks from this site o if they are lucky the street parking.

Athletes She is another athlete woman in the studio. She was a membership of other weightlifting studio before she moved to this cross fit studio. She emphasize that she likes the community in this studio area rather than the old studio she went because close to restaurants and public transportation. It is not hard to find this studio because it is very open to outside community.

Athletes She is one of the owner who also took the class. At this points she is also an athlete. The benefits from joined the class for her sometime to understand how it is feel to be the student. She will eventually could see from the student point of view about the site which already good and which can be improved. So far, the athletes felt enough for variety of equipment but they sometime feel confuse to look for the equipment. I guess because all the equipment is not placed as clear as that, It makes especially new member had difficulties finding the equipment location. (For the athletes, I conclude them to be one paragraph because all of them that I interviewed has almost the same point of view about the studio.

They come to studio only during class session and only stay couple minutes after the class done. It is kind of different with other type of gym that they spend time at the gym studio whenever they want and sometime during class but they will stay longer after the class done. The community in this studio is very specific as well. They are mostly heavy lifting athletes. Form their personal experience since joined the membership, they felt is quiet convenient the fact this studio provide changing rooms and restrooms inside the studio. It is also close to restaurants and public transportation. It is not hard to find this studio because it is very open to outside community.

There are two current owners and this is will be the interview from one of them. She is the owner and also instructor at this studio. Her partner and she agreed to run this business because their love with barbell exercise. She absolutely known this studio very very well and she has lots thought about this studio. She stay at studio longer than her partner. Sometime when she teach the class, he partner who is an owner also joined the class session. Before they moved to 4th street, they had their first studio in other place somewhere in SOMA as well.

However, they felt the community from old studio was not much welcome as here in 4st. Comparing to the new studio, the old studio is slightly smaller and not too close with public attractions such as busses and restaurants. The new studio location in 4t st is even more commercial she said. I think she trying to emphasized the more people know and come to the studio because it is close to street walkway and close to public attraction (Safeway, Caltrain, AT&T park and restaurants). Furthermore she talked about prices that also become one reason. Overall, she felt more satisfied with the newest site location inside out. She felt more space to do the class session even though the studio still feels like under budged.

He is one of the Instructor at this United barbell studio. Even though he work part time, he felt much enjoyed work with this studio and quite familiar with the studio condition. He know the owner who also works as instructor at the studio. He said even though the owner are women and he is a man, this studio organization works quite well and h had experienced teach Olympiad athletes as well. He also thought that the size of the studio is quit convenient compare to other studio he teach but somehow he find maybe there is opportunities to maximized the studios class time. He means that if there is two class is going on in the studio, somehow he felt a little bit hard to look for equipment organization to control noise level during the class. Furth more, He also emphasized the fact front studio has more light and more noise but the back class has less noise but also less light.

I also interviewed neighbor. She works at the restaurant right beside this studio. It is kind of awkward at but finally it went well. She doesn't spend that much time in the studio because she woks every day in the restaurant. But, she said that the fact this crossfit studio moved to the neighborhood change she community. The business is increasing because people who come to the studio somehow eat to their restaurant. Beside that the benefits is that their community is become stronger. Also, the most important thought from the interview with her is that she somehow believe after crossfit united barbell moved, it create more character to the neighborhood and community.

In Summary, every profession / user type have different point of views. Form the athletes side who felt there is lack of organization for the equipment and good neighborhood, from the workers who works at the studio and spend time almost every day felt really enjoyed working and easy access to public attraction, from the instructor that has different point of view that somehow the class area is not convenient by the light absorb and noise level, until the owner who also instructor that has different point of view about the current studio compare to the old one. The neighbor has less opinion about the site but she gave a good thought about the business benefits after the crossfit coming to the neighborhood. Since the Cossfit United Barbell moved, it somehow defines more character to the community or neighborhood.

The following report details the results of an interview on gym members, owners, and neighboring establishments. An interview method was chosen for data collection to identify its strengths and weaknesses when conducting a study. The interviewees agree that since the relocation of the studio, the region has seen an influx of visitors to the community, thereby increasing the general outlook of the area. The detailed results of the interview help in deciding whether the interview method will produce the best results for the project design. The following report details the different opinions on what makes the site an interesting destination, how it has affected the neighboring businesses, the weaknesses that may deter it from achieving its full potential, the impact of the site on surrounding areas, and the areas that need improvement to make it a further success. These details will help in deciding whether the interview method is preferable for my project design.

What is interesting about the site?

The main strength of the one-on-one interview is the access to the phenomena under study. From the interview, the studio community is a very welcomed event that all the people living nearby welcome. The site has several interesting facilities that make it a darling of the community. What interests most athletes in the neighborhood is the warm community who embraces and visit the studio. Next, the studio community has access to a public transportation system that aids the movement of residents. 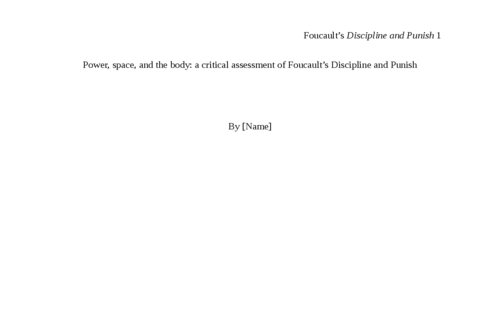 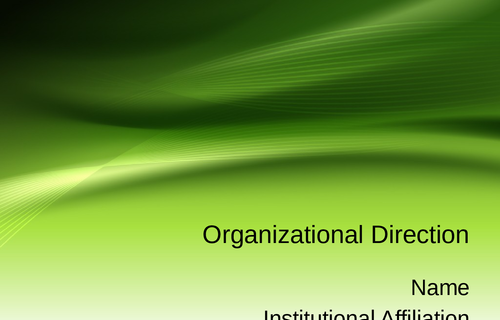 Imagine you are an exe...