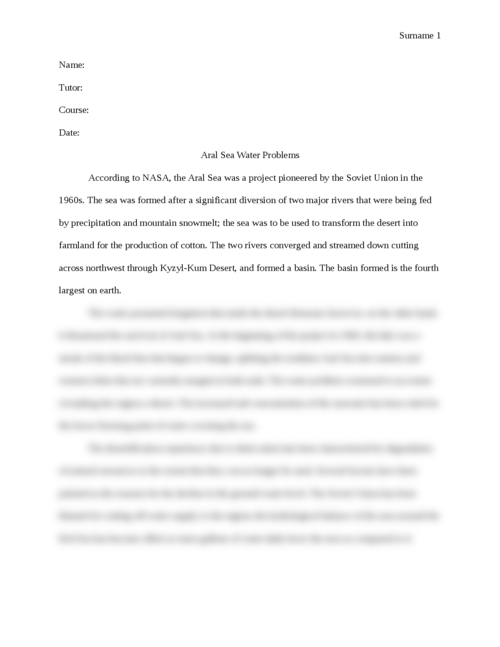 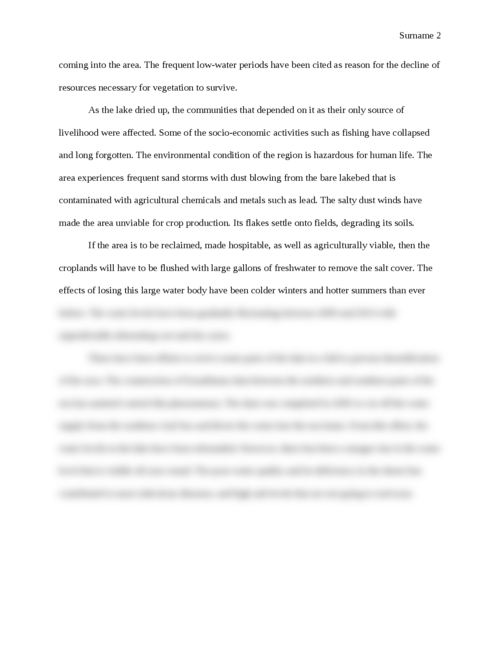 The water problems associated with the Aral Sea.

"In the past few decades, the Aral Sea's volume has decreased by 75 percent , the equivalent of draining Lakes Erie and Ontario, and its surface area by 50 percent. The shoreline has receded up to 120 km from its former shore. Sea level has fallen by more than 16 meters in this already shallow sea." Other examples of diminishing renewable freshwater resources (Dead Sea and the Colorado River) were discussed in the reading.  In the discussion session, cite other examples of freshwater resources that may be in jeopardy of becoming scarce or extinct.

Use the link for source World of change: Aral Sea

According to NASA, the Aral Sea was a project pioneered by the Soviet Union in the 1960s. The sea was formed after a significant diversion of two major rivers that were being fed by precipitation and mountain snowmelt; the sea was to be used to transform the desert into farmland for the production of cotton. The two rivers converged and streamed down cutting across northwest through Kyzyl-Kum Desert, and formed a basin. The basin formed is the fourth largest on earth.