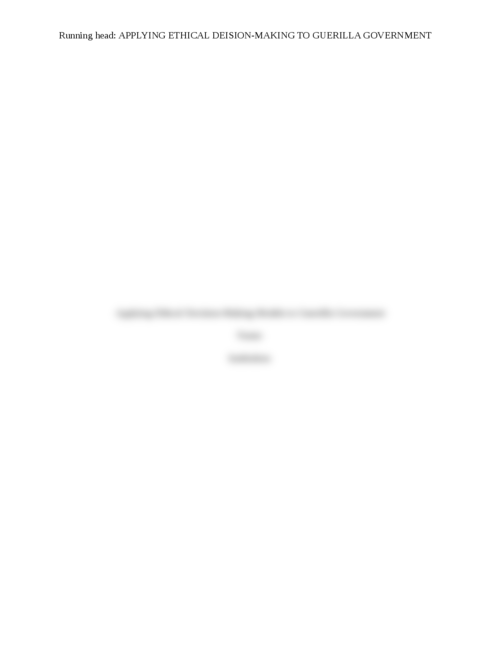 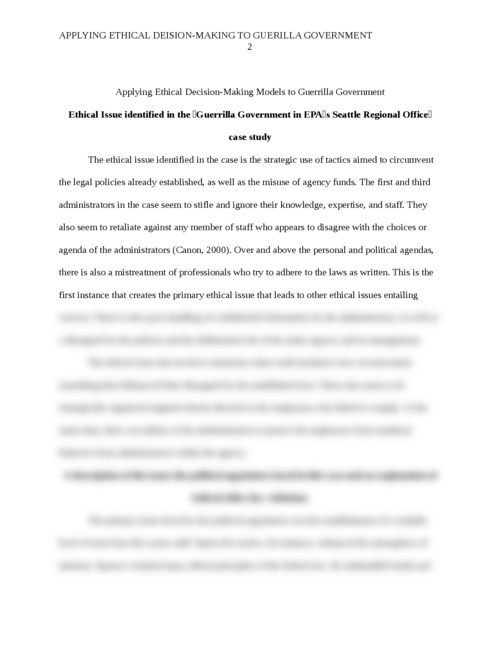 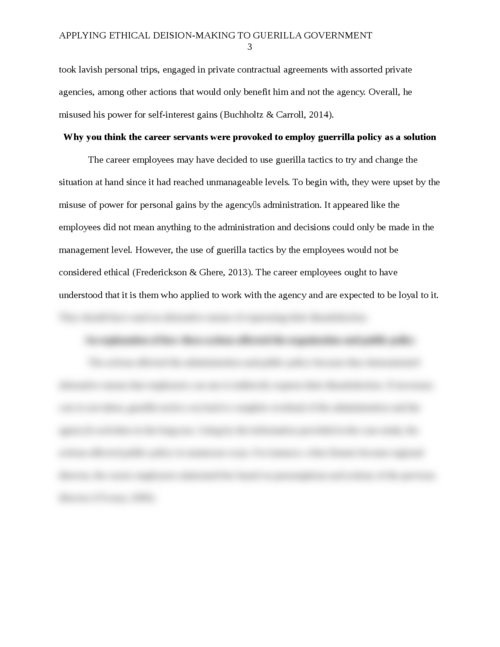 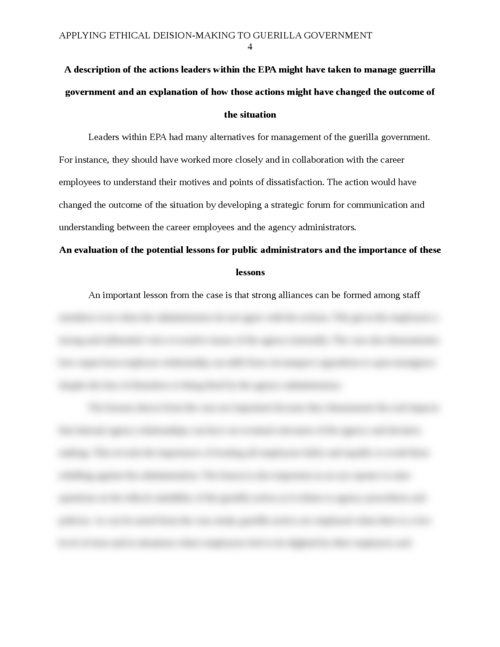 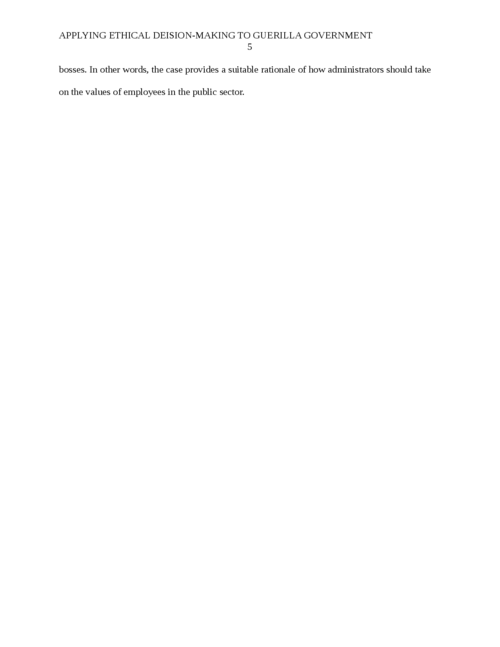 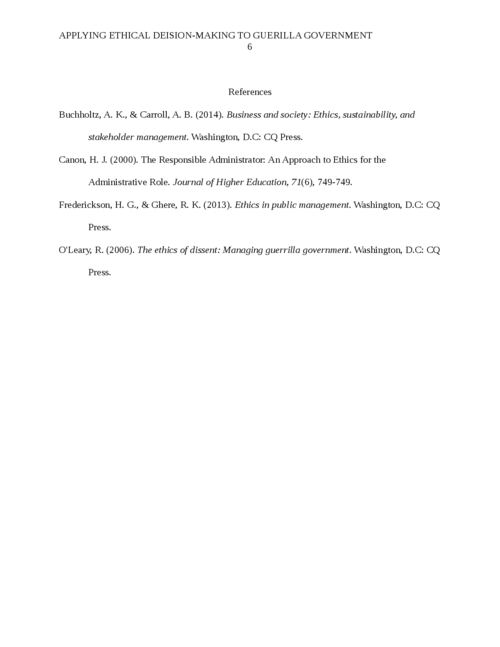 As mentioned in previous weeks, Cooper’s ethical decision-making model and Waldo’s Map of Ethical Obligations assist responsible public administrators in assessing and addressing the ethical dilemmas that they will confront during their careers. Public administrators must consider all underlying factors of a dilemma and the potential solutions in order to ensure the most proper outcome. Sometimes the chosen outcome may involve actions that serve to work against the wishes of superiors in the organization.

For this Assignment, review the case study in the text, “Guerrilla Government in EPA’s Seattle Regional Office.” Identify an ethical issue within this case study. Consider the competing obligations and responsibilities that these individuals faced and how they determined whether their actions were right. Also, think about the impact of guerrilla government on the political appointees, organization, and public policy.

The Assignment (3–pages) Your paper should include the following:

The ethical issue identified in the case is the strategic use of tactics aimed to circumvent the legal policies already established, as well as the misuse of agency funds. The first and third administrators in the case seem to stifle and ignore their knowledge, expertise, and staff. They also seem to retaliate against any member of staff who appears to disagree with the choices or agenda of the administrators (Canon, 2000). Over and above the personal and political agendas, there is also a mistreatment of professionals who try to adhere to the laws as written. This is the first instance that creates the primary ethical issue that leads to other ethical issues entailing waivers. There is also poor handling of confidential information by the administrators, as well as a disregard for the policies and the deliberated role of the entire agency and its management.

The ethical issue also involves situations where staff members were circumvented, something that influenced their disregard for the established laws. There also seem to be strategically organized targeted attacks directed at the employees who failed to comply. At the same time, there was failure of the administration to protect the employees from unethical behavior from administrators within the agency.