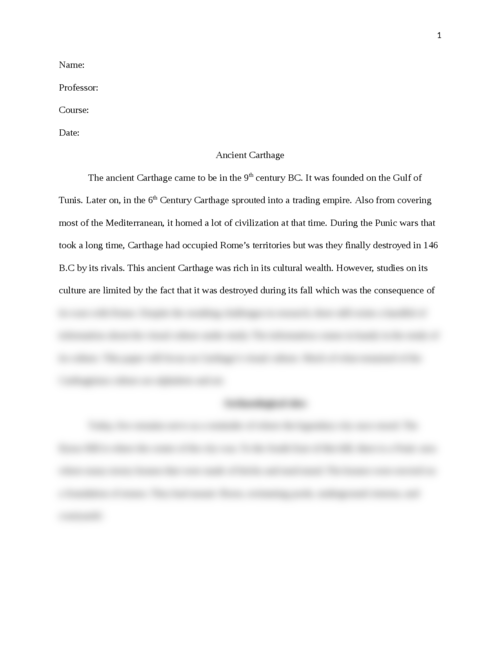 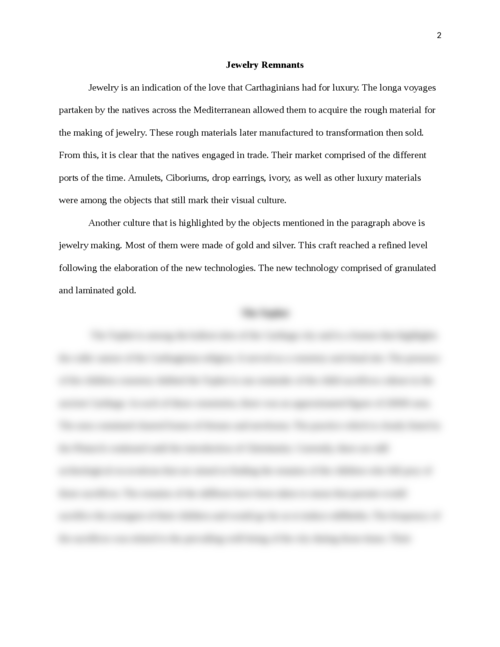 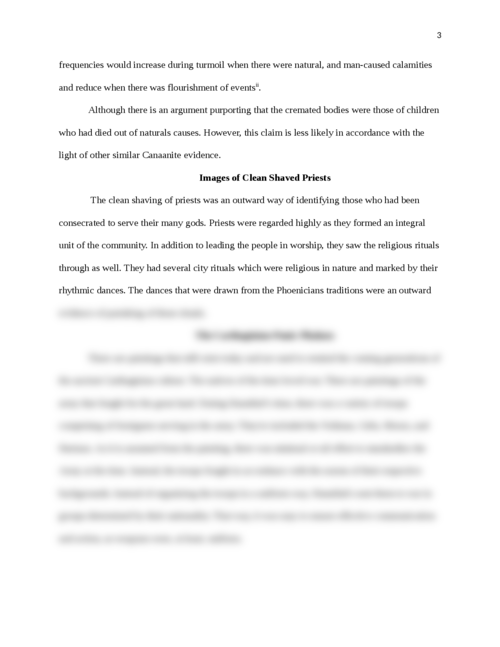 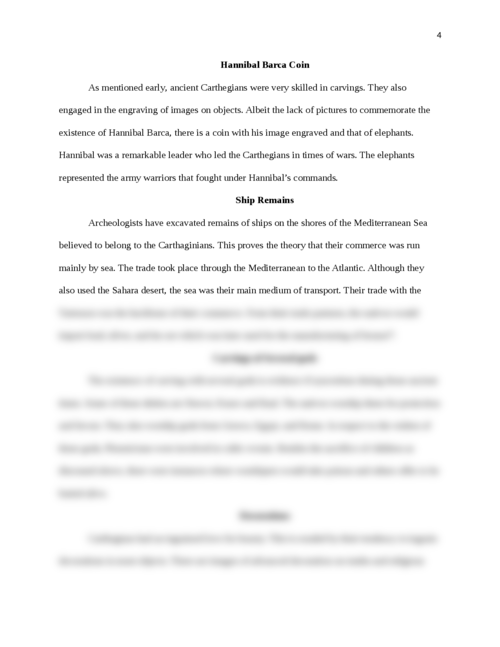 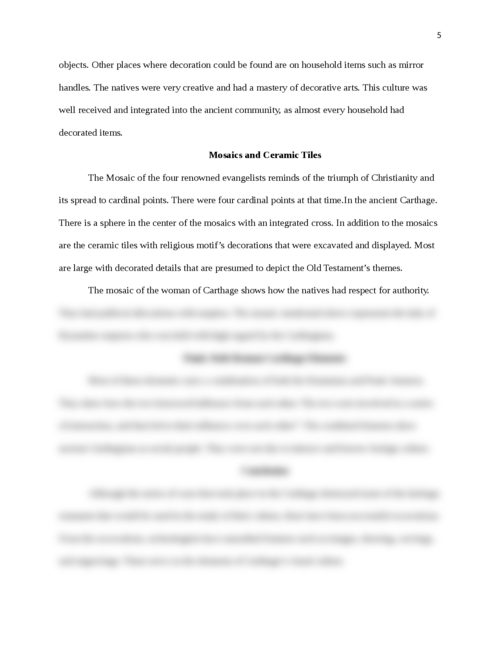 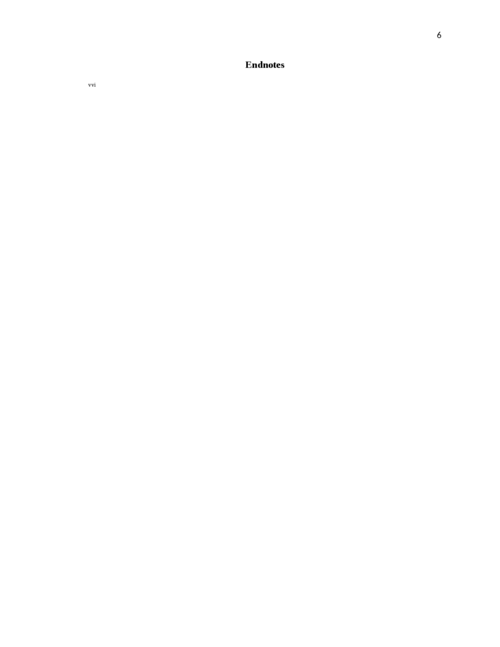 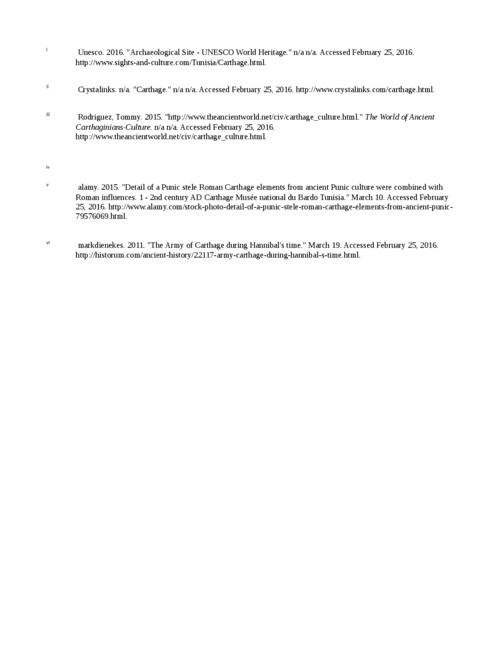 For this assignment, find a research subject in African or African Diaspora visual culture that is suitable to adequately cover in five pages. The assignment must be a persuasive essay and argue a clear point of view.

Your research paper must have a clearly defined thesis stated in the first few paragraphs. In the body of your paper, prove the points of your thesis, by using visual, historical, technological, etc. evidence. At the end of the paper, write a conclusion. The conclusion could be a summary of your argument, explore the weaknesses of your argument, or could discuss its wider application.

The ancient Carthage came to be in the 9th century BC. It was founded on the Gulf of Tunis. Later on, in the 6th Century Carthage sprouted into a trading empire. Also from covering most of the Mediterranean, it homed a lot of civilization at that time. During the Punic wars that took a long time, Carthage had occupied Rome’s territories but was they finally destroyed in 146 B.C by its rivals. This ancient Carthage was rich in its cultural wealth. However, studies on its culture are limited by the fact that it was destroyed during its fall which was the consequence of its wars with Rome. Despite the resulting challenges in research, there still exists a handful of information about the visual culture under study. The information comes in handy in the study of its culture. This paper will focus on Carthage’s visual culture. Much of what remained of the Carthaginian culture are alphabets and art.