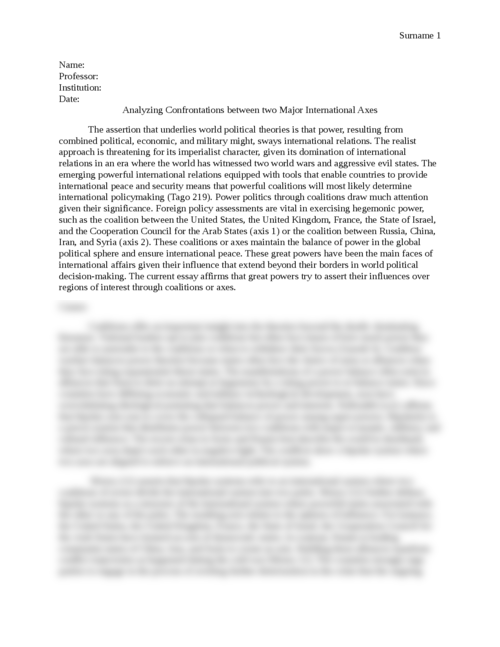 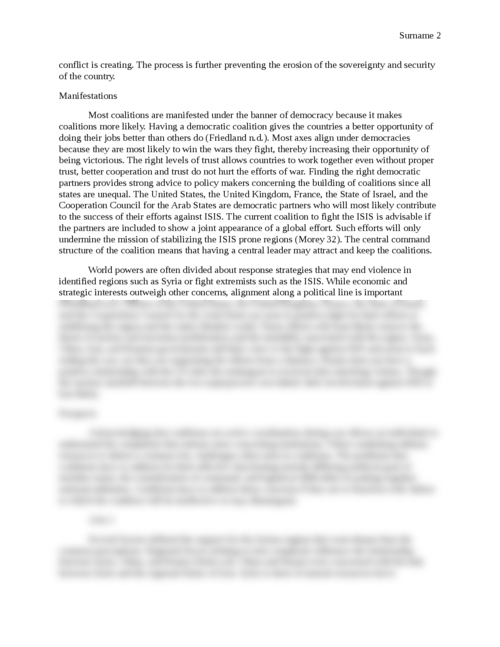 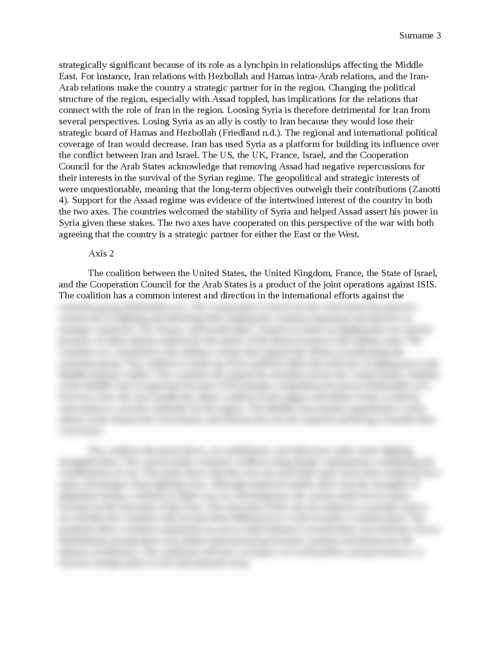 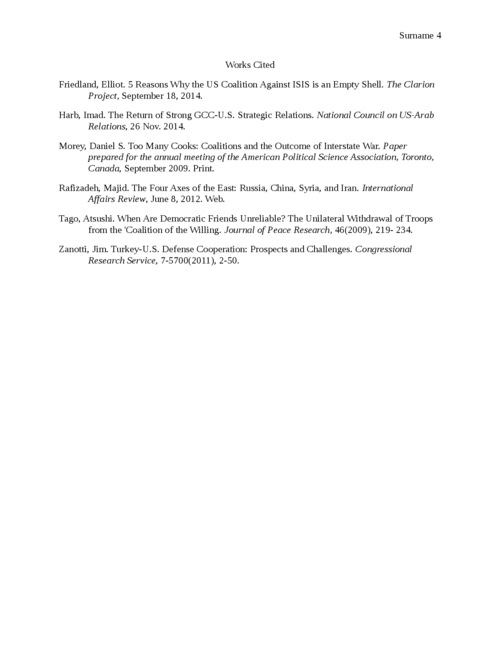 Write a paper affirming that indeed great powers assert their influences over regions of interest through coalitions or axes and how it takes place.

The assertion that underlies world political theories is that power, resulting from combined political, economic, and military might, sways international relations. The realist approach is threatening for its imperialist character, given its domination of international relations in an era where the world has witnessed two world wars and aggressive evil states. The emerging powerful international relations equipped with tools that enable countries to provide international peace and security means that powerful coalitions will most likely determine international policymaking (Tago 219). Power politics through coalitions draw much attention given their significance. Foreign policy assessments are vital in exercising hegemonic power, such as the coalition between the United States, the United Kingdom, France, the State of Israel, and the Cooperation Council for the Arab States (axis 1) or the coalition between Russia, China, Iran, and Syria (axis 2). These coalitions or axes maintain the balance of power in the global political sphere and ensure international peace. These great powers have been the main faces of international affairs given their influence that extend beyond their borders in world political decision-making. The current essay affirms that great powers try to assert their influences over regions of interest through coalitions or axes.