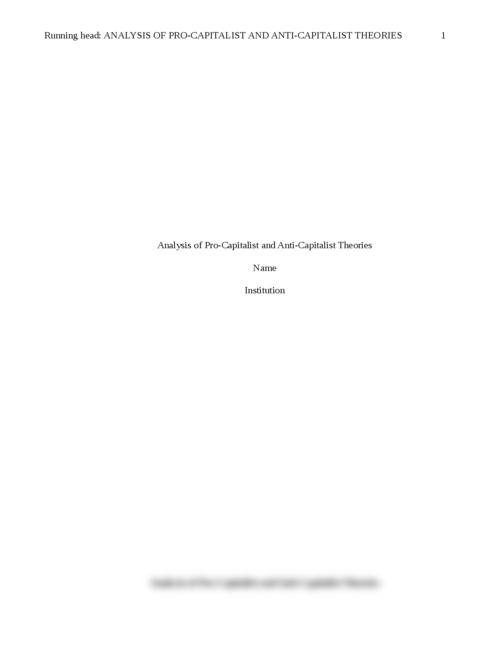 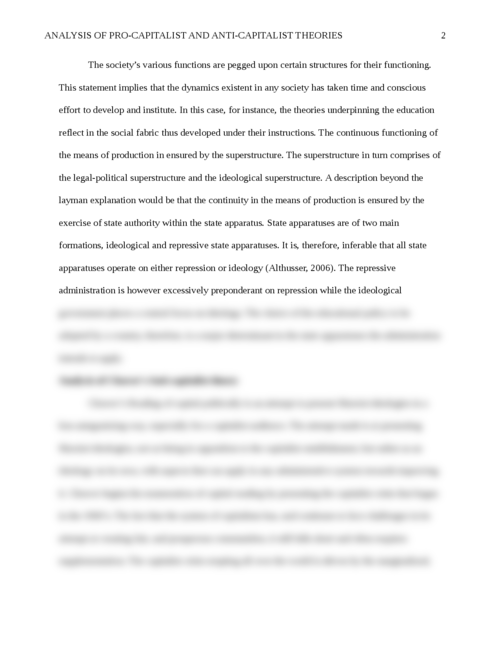 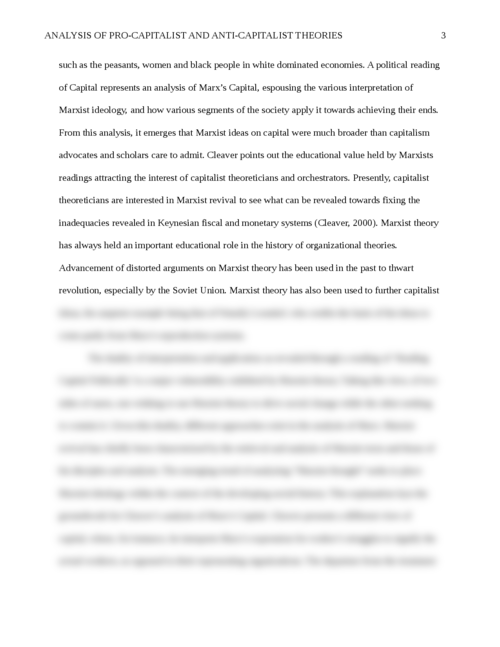 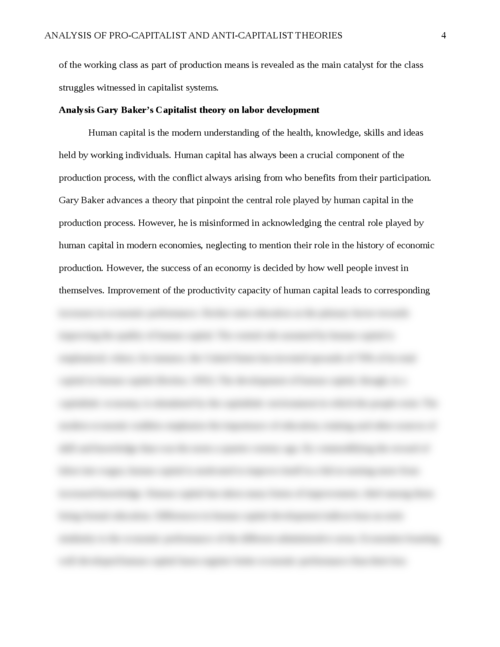 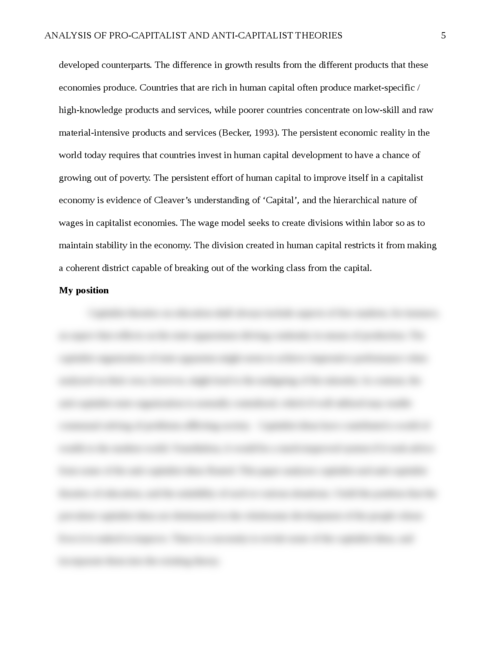 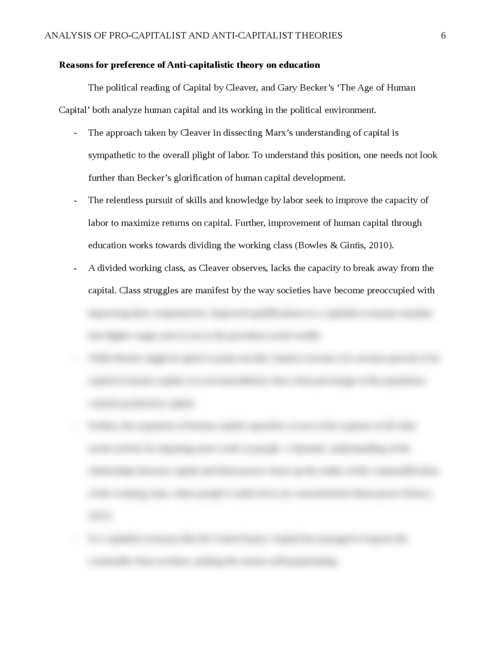 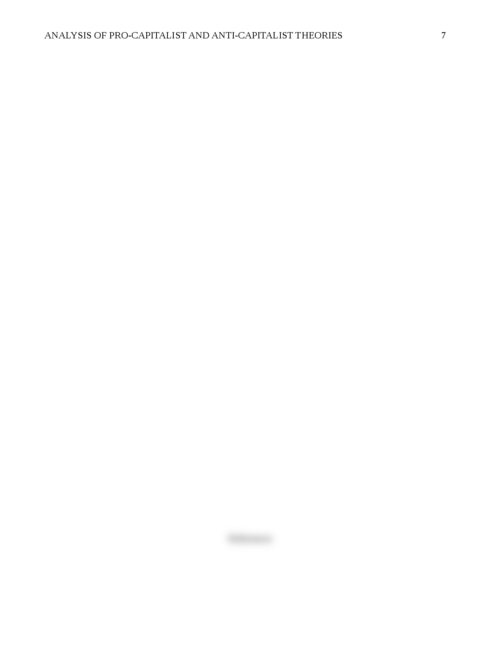 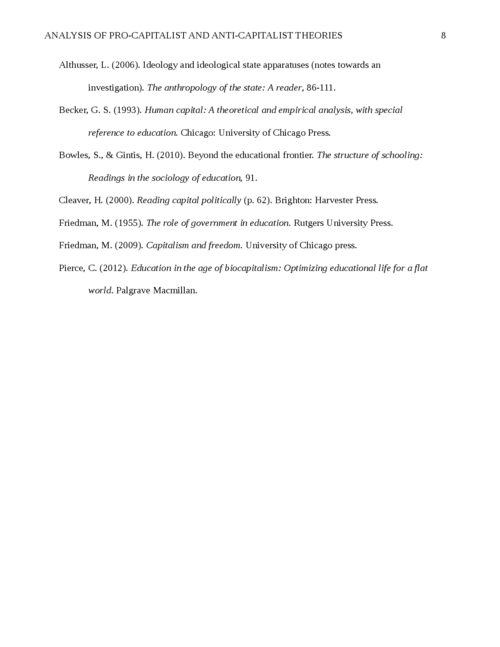 Write a “position paper” that (i) summarizes and contrasts the pro-capitalist and anti-capitalist theories of education as you understand them from the readings thus far and (ii) expresses your view.

The position paper should answer the following questions: What are each of these theories about? How are they different? Which side are you on, and why? Paper should be between 5-6 pages, double-spaced, 12-point font.

The society’s various functions are pegged upon certain structures for their functioning. This statement implies that the dynamics existent in any society has taken time and conscious effort to develop and institute. In this case, for instance, the theories underpinning the education reflect in the social fabric thus developed under their instructions. The continuous functioning of the means of production in ensured by the superstructure. The superstructure in turn comprises of the legal-political superstructure and the ideological superstructure. A description beyond the layman explanation would be that the continuity in the means of production is ensured by the exercise of state authority within the state apparatus. State apparatuses are of two main formations, ideological and repressive state apparatuses. It is, therefore, inferable that all state apparatuses operate on either repression or ideology (Althusser, 2006). The repressive administration is however excessively preponderant on repression while the ideological government places a central focus on ideology. The choice of the educational policy to be adopted by a country, therefore, is a major determinant in the state apparatuses the administration intends to apply.