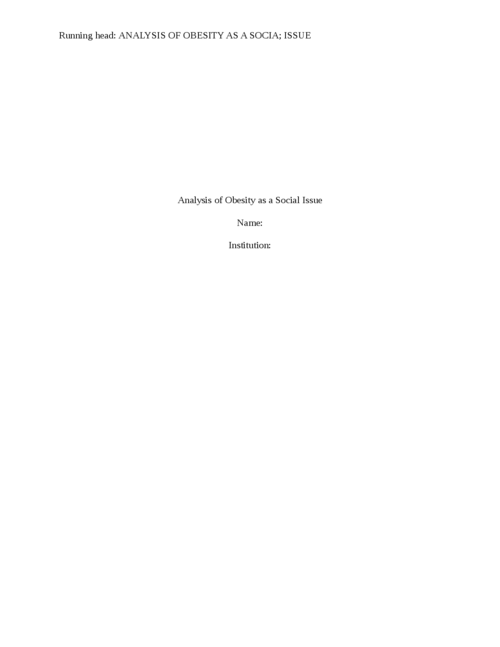 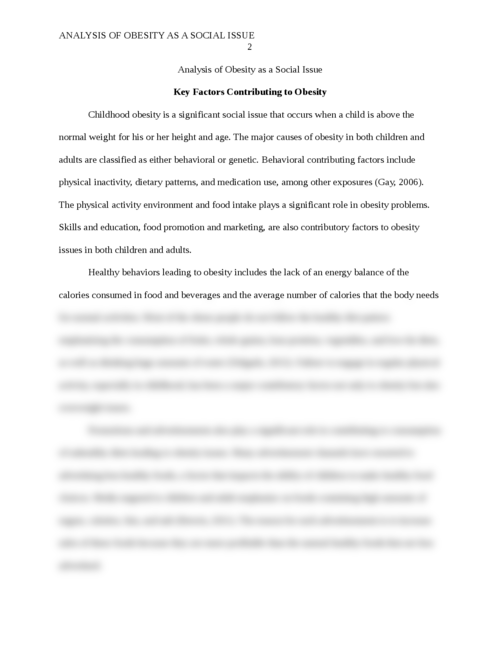 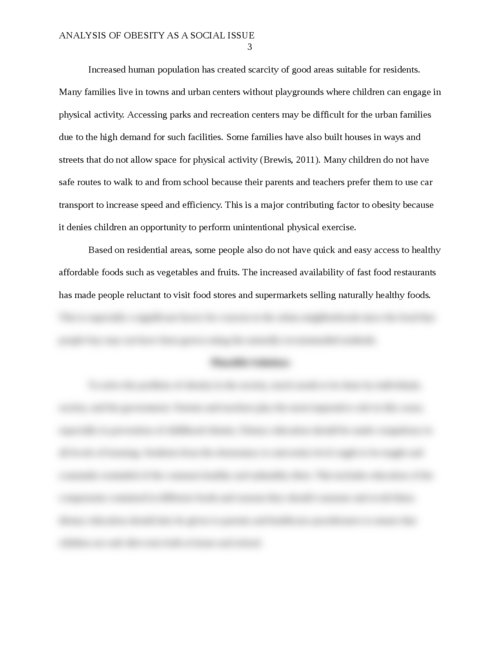 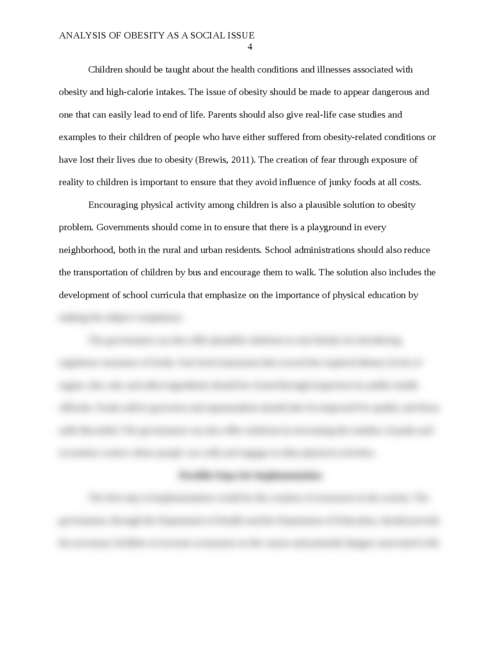 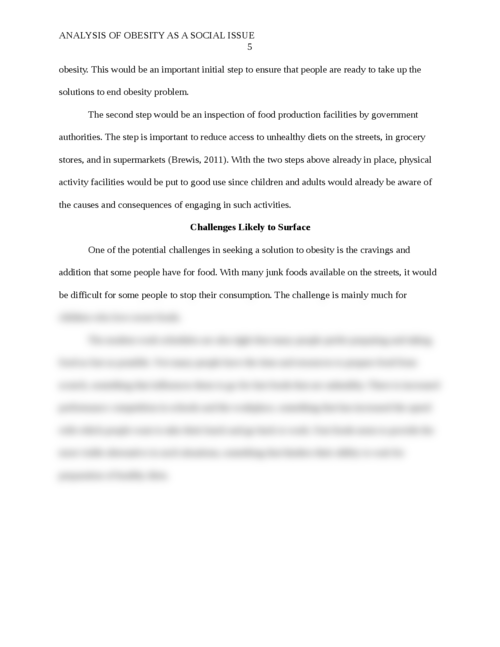 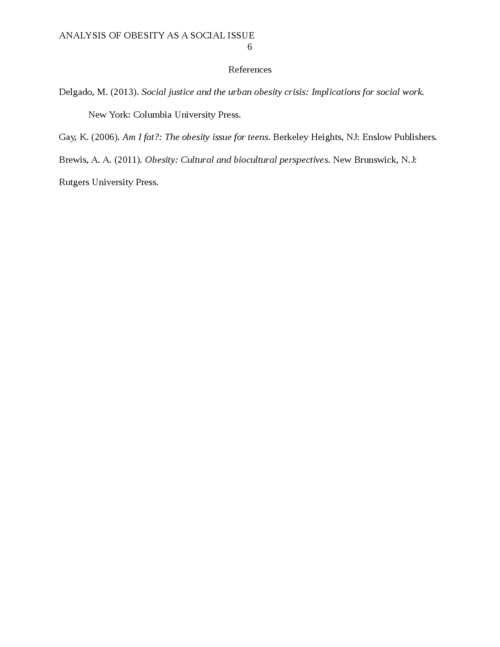 Analysis Of Obesity As A Social Issue

Submit an essay that analyzes a social issue of great concern to you. Include key factors contributing to the issue, plausible solution(s), possible steps for implementation and challenges likely to surface in seeking a solution. Your analytical essay should be approximately two pages, single-spaced. Upload to the relevant section of the online application.

Analysis of Obesity as a Social Issue

Childhood obesity is a significant social issue that occurs when a child is above the normal weight for his or her height and age. The major causes of obesity in both children and adults are classified as either behavioral or genetic. Behavioral contributing factors include physical inactivity, dietary patterns, and medication use, among other exposures (Gay, 2006). The physical activity environment and food intake plays a significant role in obesity problems. Skills and education, food promotion and marketing, are also contributory factors to obesity issues in both children and adults.

Healthy behaviors leading to obesity includes the lack of an energy balance of the calories consumed in food and beverages and the average number of calories that the body needs for normal activities. Most of the obese people do not follow the healthy diet pattern emphasizing the consumption of fruits, whole grains, lean proteins, vegetables, and low-fat diets, as well as drinking huge amounts of water (Delgado, 2013). Failure to engage in regular physical activity, especially in childhood, has been a major contributory factor not only to obesity but also overweight issues.

Promotions and advertisements also play a significant role in contributing to consumption of unhealthy diets leading to obesity issues. Many advertisement channels have resorted to advertising less healthy foods, a factor that impacts the ability of children to make healthy food choices. Media targeted to children and adult emphasize on foods containing high amounts of sugars, calories, fats, and salt (Brewis, 2011). The reason for such advertisements is to increase sales of these foods because they are more profitable than the natural healthy foods that are less advertised.