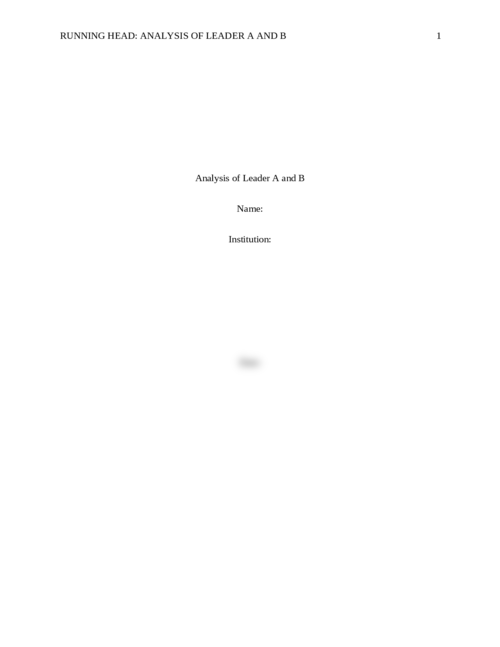 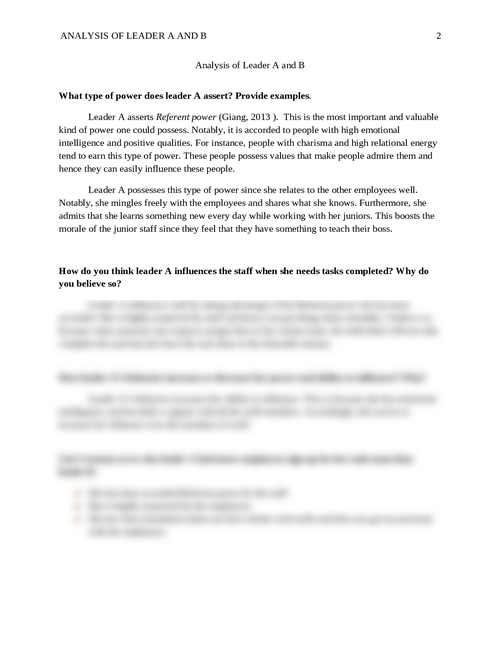 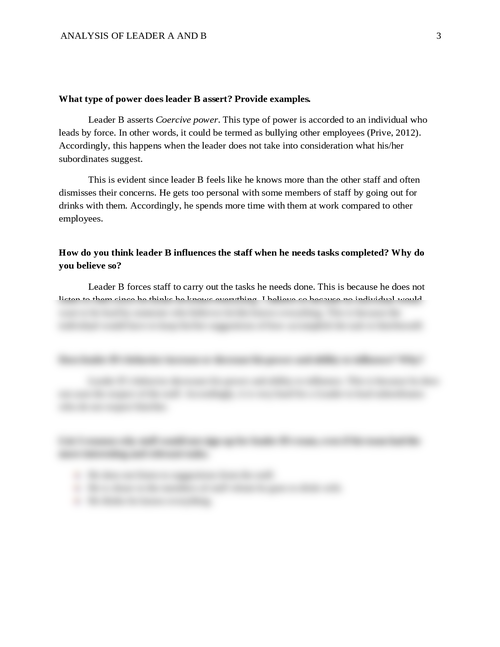 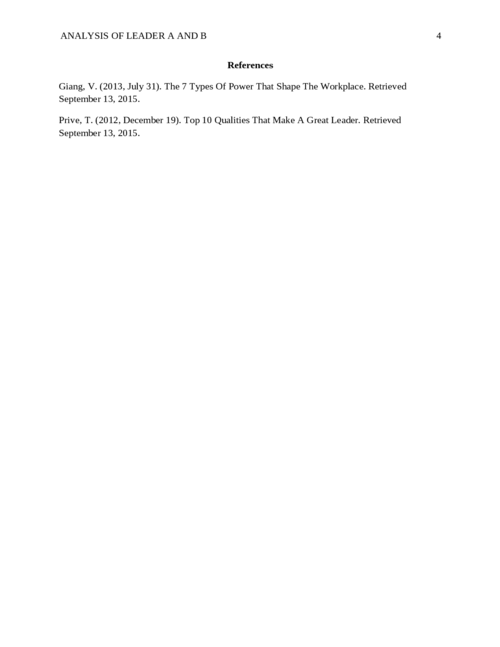 Analysis Of Leader A And B

Take a look at two different leaders in the same department. Both have the same titles and job responsibilities, but one holds considerably more power than the other. After reading the paragraphs below, answer the questions at the end using complete sentences, and reference the course materials or Web resources in your response where needed.

Leader A holds a bachelor’s degree in hospitality management and is glad to have her first management job in a hotel restaurant. With 5 years’ experience as a host, bartender, and server, she enjoys combining her experience with her college degree to work alongside her employees. She listens to their concerns and shares what she knows, but she also openly acknowledges that she learns something new every day. Though she is firm with her employees, she treats everyone fairly. She carries a rapport with each employee, but she does not get too personal and declines invitations to go out for drinks with the employees.

Leader B worked his way up in the industry, working as a dishwasher, busser, host, server, and bartender before finally being promoted to manager after 10 years. He is glad to finally be in charge and free from having to do grunt work. He feels that his experience means that he knows more than his staff, and he often dismisses their concerns. Having previously worked with some of the servers in another restaurant within the hotel, he enjoys going out for drinks after work with his buddies and spends more time with them at work than the other staff. When they go out, he calls leader A "Little Miss College" and jokes about her abilities.

After both managers have been in the restaurant for about 6 months, their general manager asks the managers to have all front of the house staff sign up on task teams. Leader A is to lead a task team reviewing service procedures and guest feedback; leader B is to lead a task team to review the equitability of server station assignments and schedules. Each team task member will be paid a nontipped overtime rate for their participation, up to 8 hours. The general manager posts a sign-up sheet, and at the end of the week, he is surprised to see that most staff signed up for leader A’s team. The GM had assumed that more staff would be interested in working on the issues that directly impacted them—schedules and station assignments.

What type of power does leader A assert? Provide examples.

How do you think leader A influences the staff when she needs tasks completed? Why do you believe so?

Does leader A’s behavior increase or decrease her power and ability to influence? Why?

List 3 reasons as to why leader A had more employees sign up for her task team than leader B.

What type of power does leader B assert? Provide examples.

How do you think leader B influences the staff when he needs tasks completed? Why do you believe so?

Does leader B’s behavior increase or decrease his power and ability to influence? Why?

List 3 reasons why staff would not sign up for leader B’s team, even if his team had the more interesting and relevant tasks

Analysis of Leader A and B

What type of power does leader A assert? Provide examples.

Leader A asserts Referent power (Giang, 2013 ). This is the most important and valuable kind of power one could possess. Notably, it is accorded to people with high emotional intelligence and positive qualities. For instance, people with charisma and high relational energy tend to earn this type of power. These people possess values that make people admire them and hence they can easily influence these people.

Leader A possesses this type of power since she relates to the other employees well. Notably, she mingles freely with the employees and shares what she knows. Furthermore, she admits that she learns something new every day while working with her juniors. This boosts the morale of the junior staff since they feel that they have something to teach their boss. 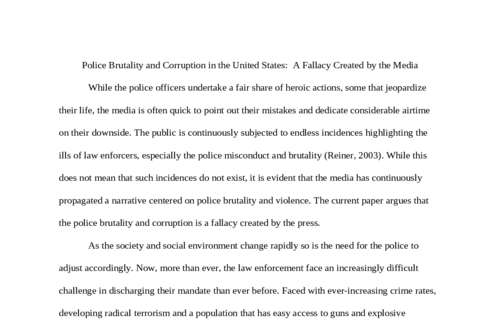 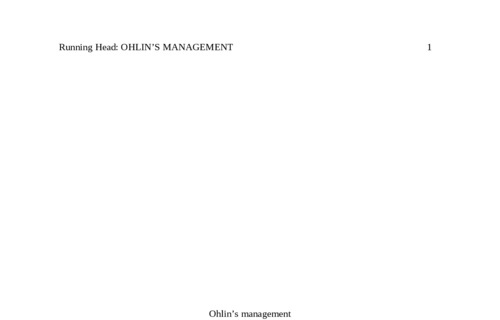 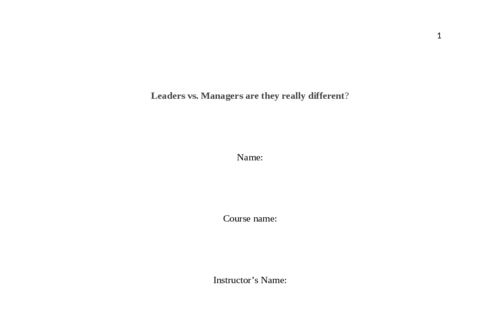 Leaders vs. Managers a...