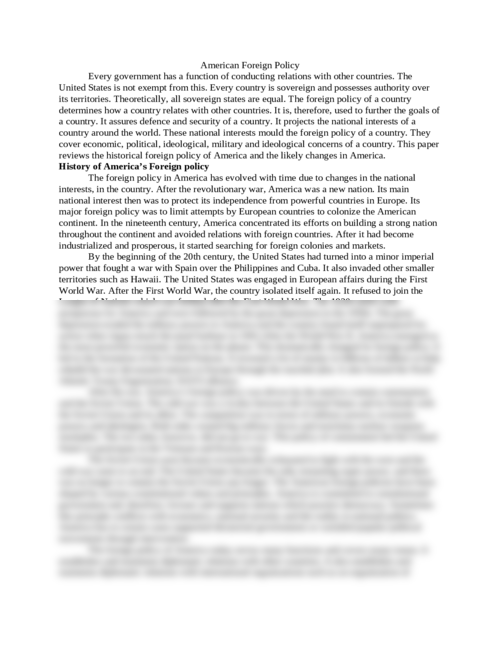 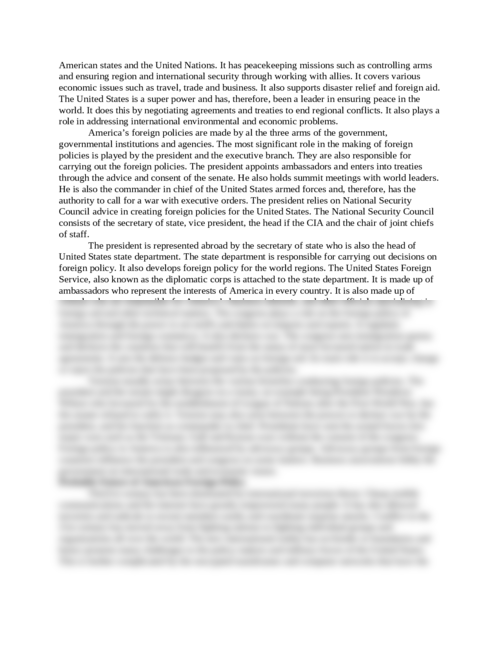 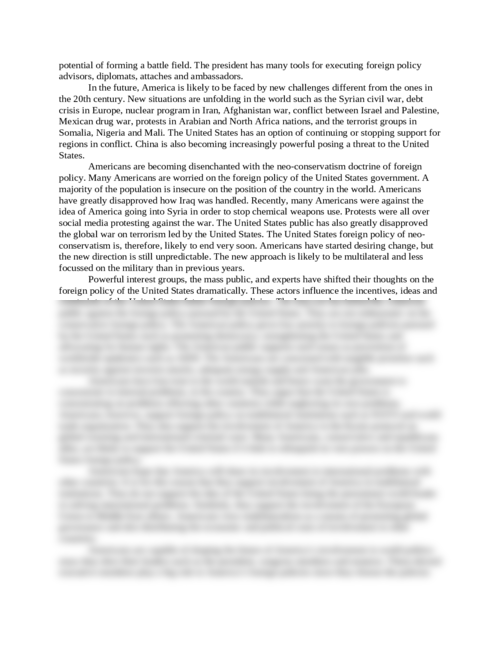 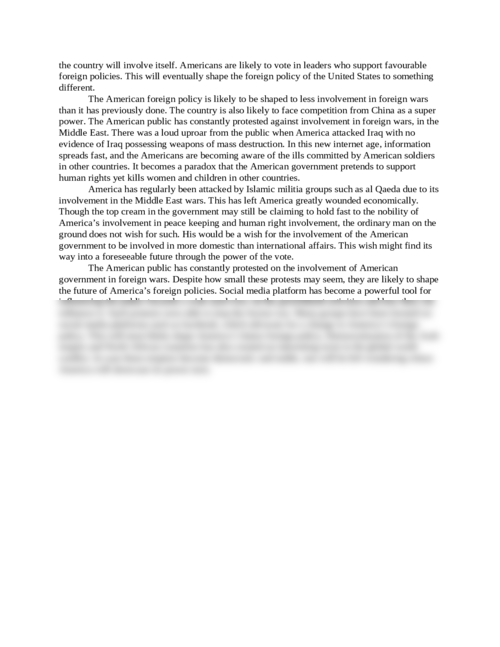 Write an essay discussing the history of, and the probable future, of American Foreign Policy

The foreign policy in America has evolved with time due to changes in the national interests, in the country. After the revolutionary war, America was a new nation. Its main national interest then was to protect its independence from powerful countries in Europe. Its major foreign policy was to limit attempts by European countries to colonize the American continent. In the nineteenth century, America concentrated its efforts on building a strong nation throughout the continent and avoided relations with foreign countries. After it had become industrialized and prosperous, it started searching for foreign colonies and markets.

By the beginning of the 20th century, the United States had turned into a minor imperial power that fought a war with Spain over the Philippines and Cuba. It also invaded other smaller territories such as Hawaii. The United States was engaged in European affairs during the First World War. After the First World War, the country isolated itself again. It refused to join the League of Nations which was formed after the First World War. The 1920s years were prosperous for America and were followed by the great depression in the 1930s. The great depression eroded the military powers in America and the country found itself unprepared for action when Japan struck the pearl harbour in 1941.After the World War II, America emerged as the most powerful economic nation on the planet. This dramatically changed its foreign policy. It led in the formation of the United Nations. It invested a lot of money in billions of dollars to help rebuild the war devastated nations in Europe through the marshal plan. It also formed the North Atlantic Treaty Organization, NATO alliance.

After the war, America’s foreign policy was driven by the need to contain communism and the Soviet Union. The cold war was a rivalry between the United States and its friends with the Soviet Union and its allies. The competition was in terms of military powers, economic powers and ideologies. Both sides created big military forces and enormous nuclear weapons stockpiles. The two sides, however, did not go to war. This policy of containment led the United States to participate in the Vietnam and Korean wars.