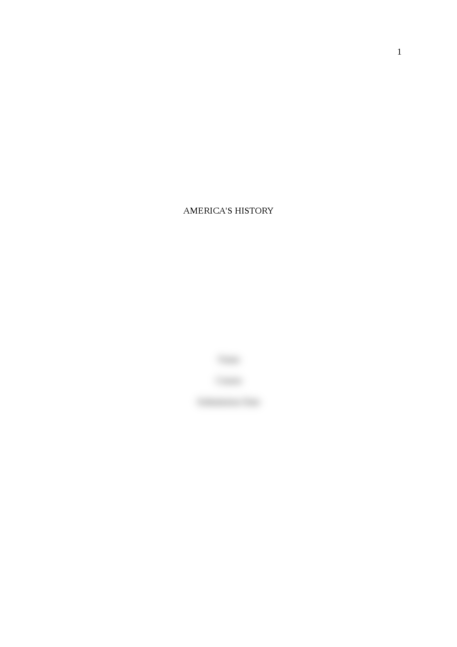 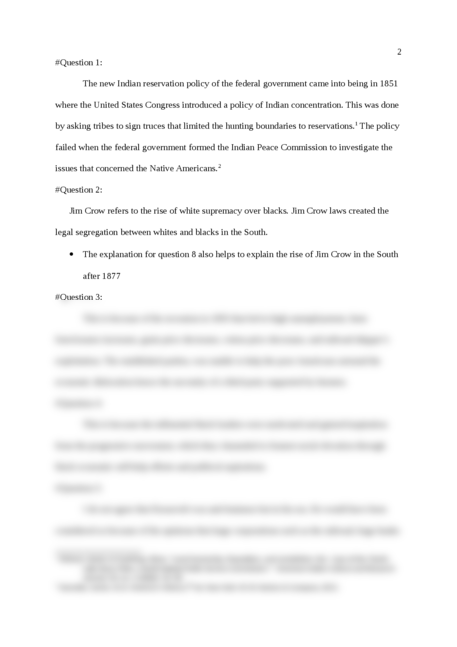 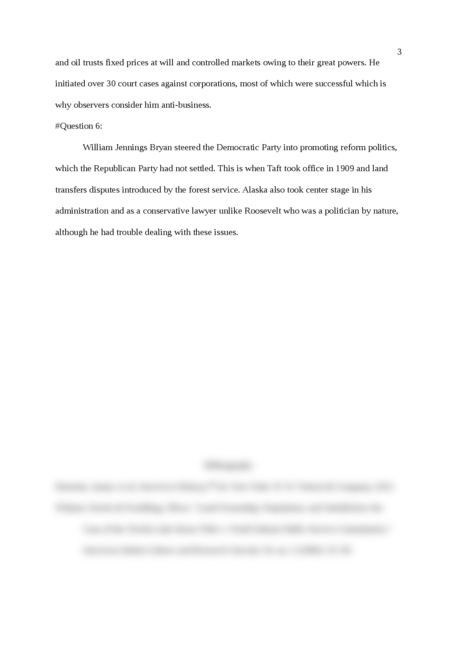 What was the new Indian reservation policy, and why was it a failure?

What was Jim Crow? Would the answer to the previous question serve also to explain the establishment of Jim Crow in the South?

Farmers, like other Americans, had strong ties to the established parties, yet many of them became Populist anyway. Why?

What is the relationship between progressive reform and the struggle for racial equality?

Some observers consider Theodore Roosevelt an anti-business president. Do you agree? Why or why not?

Why did William Howard Taft encounter so much trouble following in the footsteps of Theodore Roosevelt?

Your initial answer to the question should be 300 words long.

The new Indian reservation policy of the federal government came into being in 1851 where the United States Congress introduced a policy of Indian concentration. This was done by asking tribes to sign truces that limited the hunting boundaries to reservations. The policy failed when the federal government formed the Indian Peace Commission to investigate the issues that concerned the Native Americans.

Jim Crow refers to the rise of white supremacy over blacks. Jim Crow laws created the legal segregation between whites and blacks in the South.The explanation for question 8 also helps to explain the rise of Jim Crow in the South after 1877