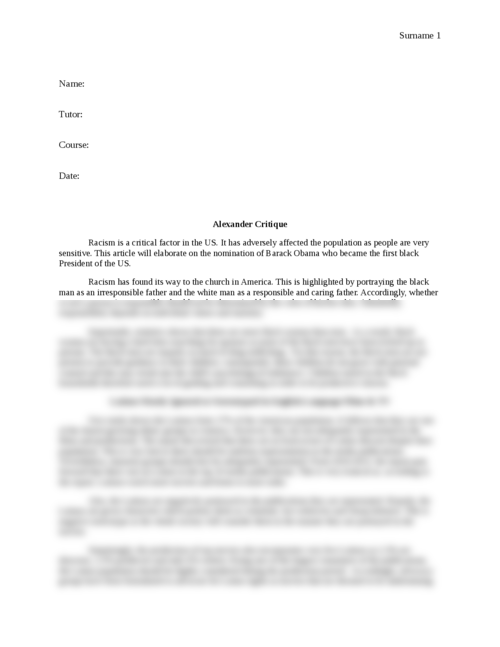 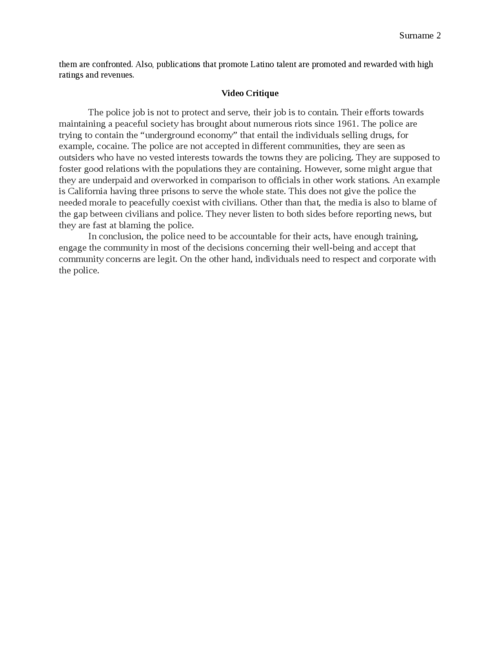 The article focuses on the nomination of Barrack Obama as the first black presidential candidate in the history of United States. The father’s day celebration is presented in Chicago and most of the citizens in the country are eagerly waiting for the black presidential candidate to address them. The problem of racism is clearly presented as seen in the various churches. Churches exist for the white and the black fathers and this shows racial segregation in the American society. The issue of racism as presented is still common in the American society and is even extended to the churches. The black fathers are believed not to be better fathers merely because of their color. The notion of judging black fathers as irresponsible is not true since the responsibility of an individual cannot be based on their skin color but on their personality.

Dyson views the statements issued by Barrack as directed to the whites while they are spoken to the blacks. The role of the society in influencing the behavior of an individual and upbringing of children in the society is also presented in the society. Statistics taken from the society shows that most of the black population comprises of women. Black men are few in the society because most of them are in prison. Most of the black women find it difficult while searching for partners because the men are in prison. Because most of the black men are in prison, they are not able to give parental guidance to their children, a factor that contributes to their poor upbringing. The blacks are associated with criminal activities and drug trafficking while the whites are exempted from such accusations. Judging criminal activities based on races promotes racism because even the whites are capable of doing such criminal offences. Racism in the education and housing sectors is presented with the blacks hoping that Oprah and Obama will deliver them from such oppression.

THIS PART AND ALEXANDER IS HALF A PAGE SINGLE SPACED (CRITQUE THE LINK BELOW):

THE (SECOND HALF PAGE) IS ALSO A CRITIQUE FOR THE FOLLOWING VIDEO LINK. TALK ABOUT WHAT EXACTLY THE LECTURERS ARE TALKING ABOUT.

Racism is a critical factor in the US. It has adversely affected the population as people are very sensitive. This article will elaborate on the nomination of Barack Obama who became the first black President of the US.

Racism has found its way to the church in America. This is highlighted by portraying the black man as an irresponsible father and the white man as a responsible and caring father. Accordingly, whether or not a person is responsible should not be determined by the color of his/her skin. Admittedly, responsibility depends on individual values and maturity.

Importantly, statistics shows that there are more black women than men. As a result, black women are having a hard time searching for spouses as most of the black men have been locked up in prisons. The black men are majorly accused of drug trafficking. For this reason, the black men are not present to provide guidance to their children; consequently, these children do not grow with paternal counsel and this may result into the child’s psychological imbalance. Children raised in the black households therefore need a lot of guiding and counseling in order to be productive citizens.