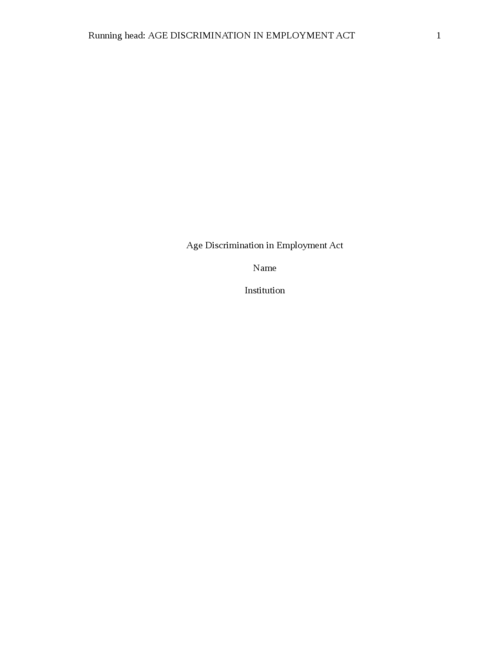 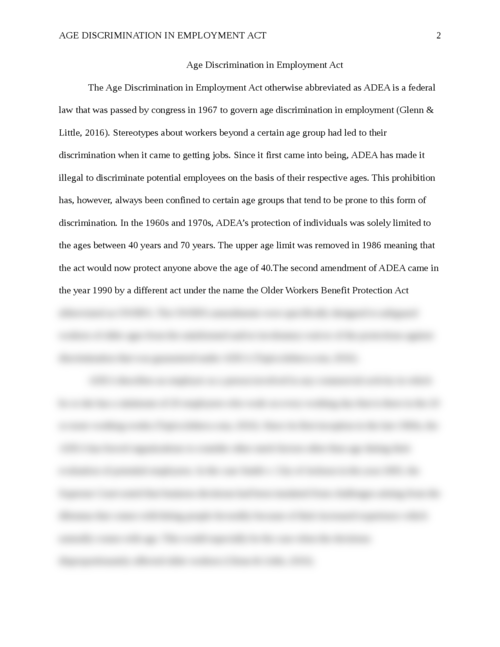 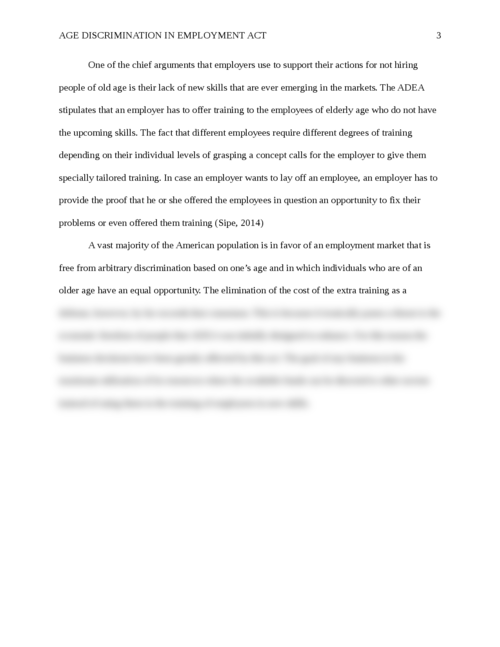 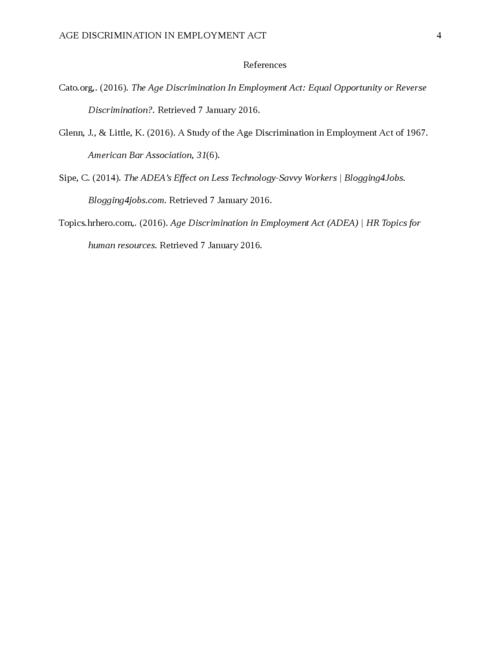 Please pull a journal on ANY ASPECT of employment law (examples: Equal Pay Act, Title VII of the Civil Rights Act, Age Discrimination in Employment Act, American with Disabilities Act, etc.) and write a SUMMARY explaining the impact the law has or may have on organizations.

The Age Discrimination in Employment Act otherwise abbreviated as ADEA is a federal law that was passed by congress in 1967 to govern age discrimination in employment (Glenn & Little, 2016). Stereotypes about workers beyond a certain age group had led to their discrimination when it came to getting jobs. Since it first came into being, ADEA has made it illegal to discriminate potential employees on the basis of their respective ages. This prohibition has, however, always been confined to certain age groups that tend to be prone to this form of discrimination. In the 1960s and 1970s, ADEA’s protection of individuals was solely limited to the ages between 40 years and 70 years. The upper age limit was removed in 1986 meaning that the act would now protect anyone above the age of 40.The second amendment of ADEA came in the year 1990 by a different act under the name the Older Workers Benefit Protection Act abbreviated as OWBPA. The OWBPA amendments were specifically designed to safeguard workers of older ages from the uninformed and/or involuntary waiver of the protections against discrimination that was guaranteed under ADEA (Topics.hrhero.com, 2016).