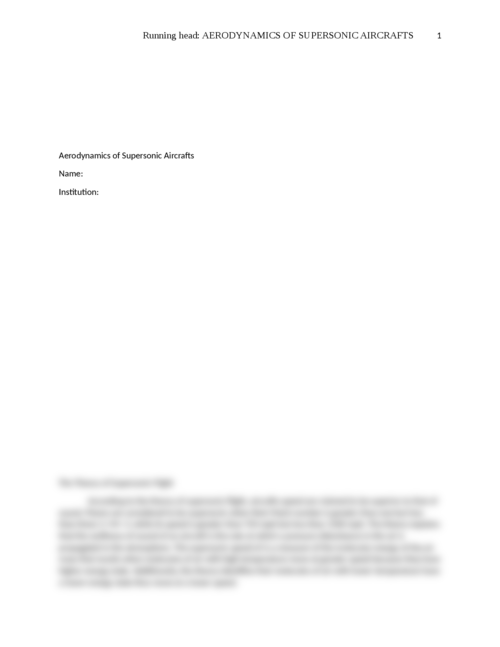 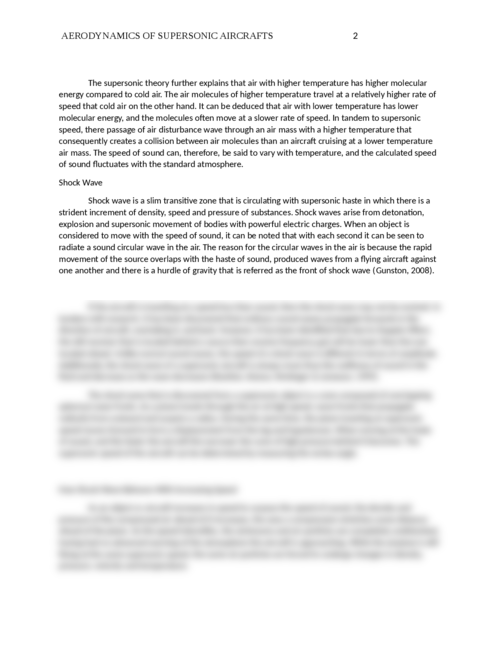 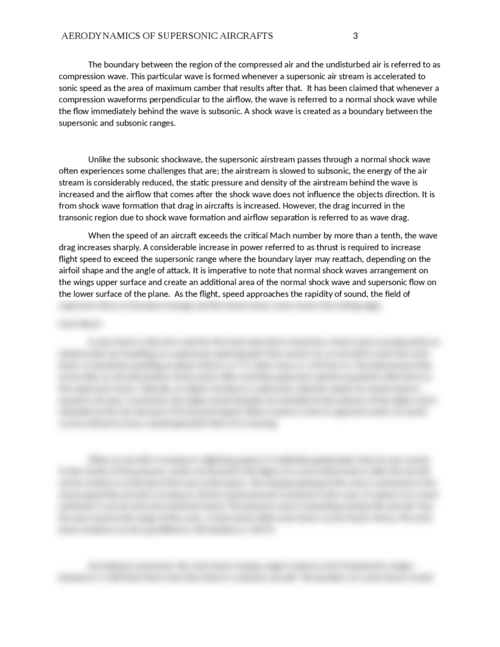 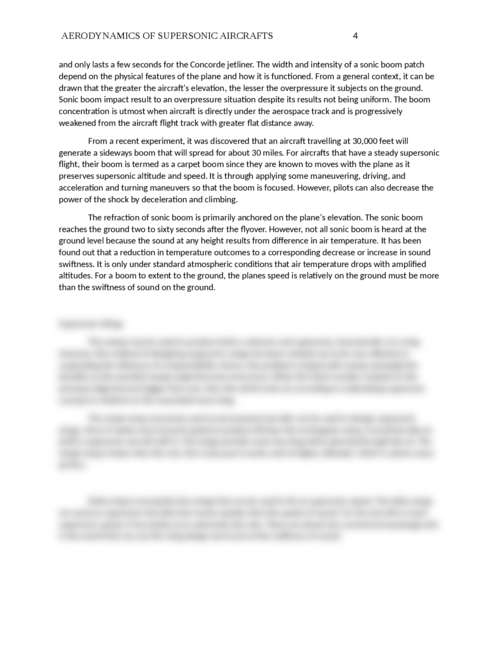 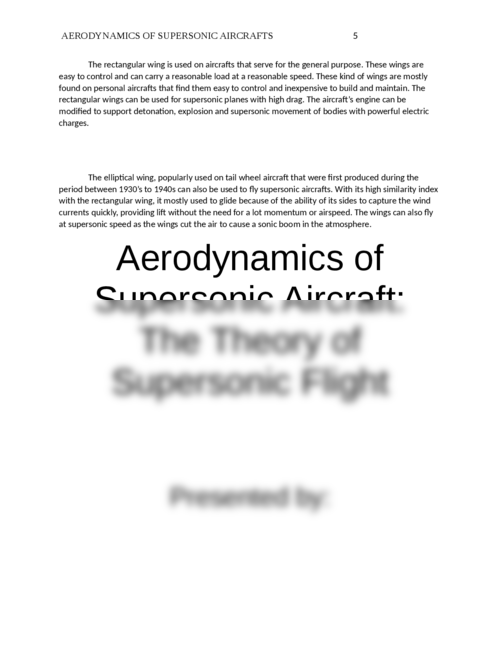 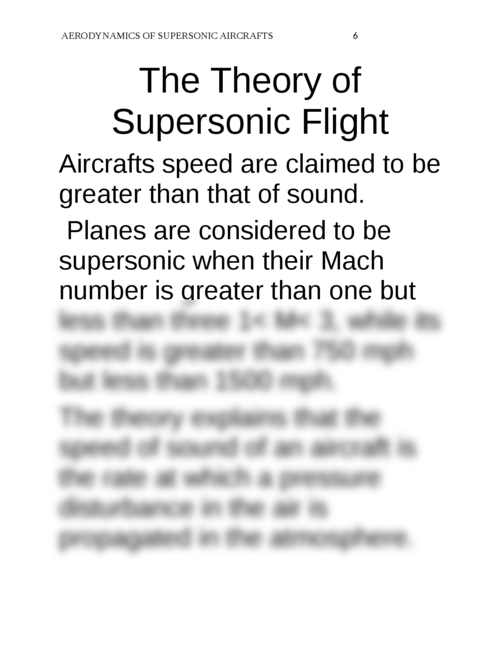 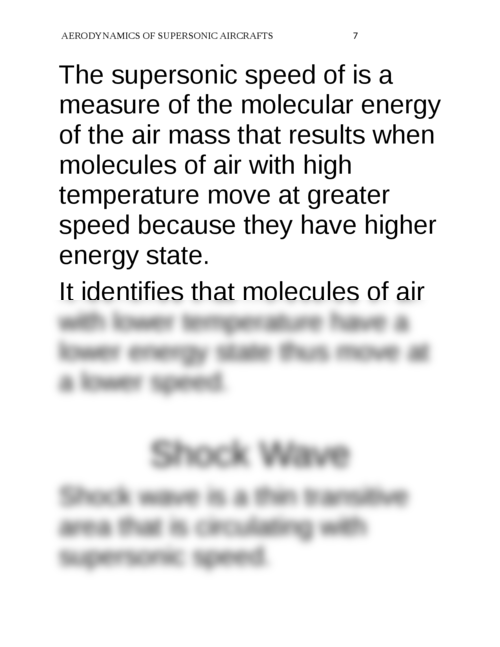 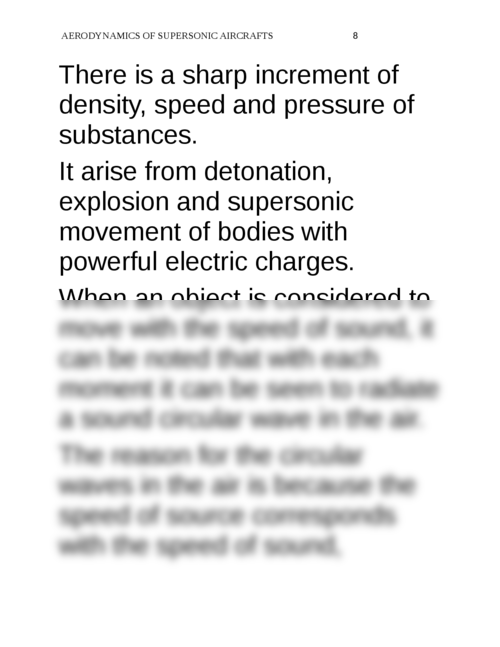 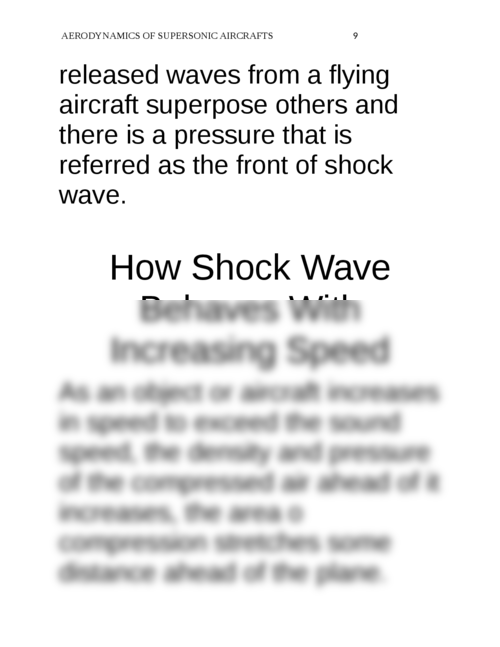 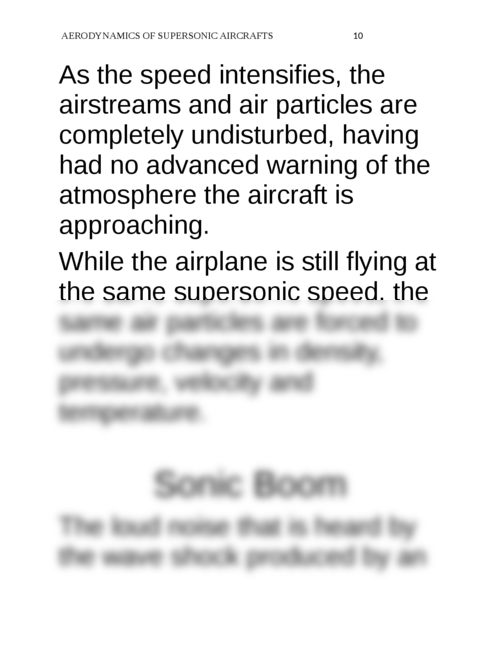 Explain in your paper the theory of supersonic flight, what is shock wave, how does it behave with increasing speed, how does it affect the flight in transonic region, what is sonic boom, what are supersonic wing designs and any other related information.

he research paper should be about 2000 words, duly illustrated with diagrams and pictures. The effort should be original and not the copy/paste material. You will be asked questions during VIVA about your research work.

The Theory of Supersonic Flight

According to the theory of supersonic flight, aircrafts speed are claimed to be superior to that of sound. Planes are considered to be supersonic when their Mach number is greater than one but less than three 1< M< 3, while its speed is greater than 750 mph but less than 1500 mph. The theory explains that the swiftness of sound of an aircraft is the rate at which a pressure disturbance in the air is propagated in the atmosphere. The supersonic speed of is a measure of the molecular energy of the air mass that results when molecules of air with high temperature move at greater speed because they have higher energy state. Additionally, the theory identifies that molecules of air with lower temperature have a lower energy state thus move at a lower speed.