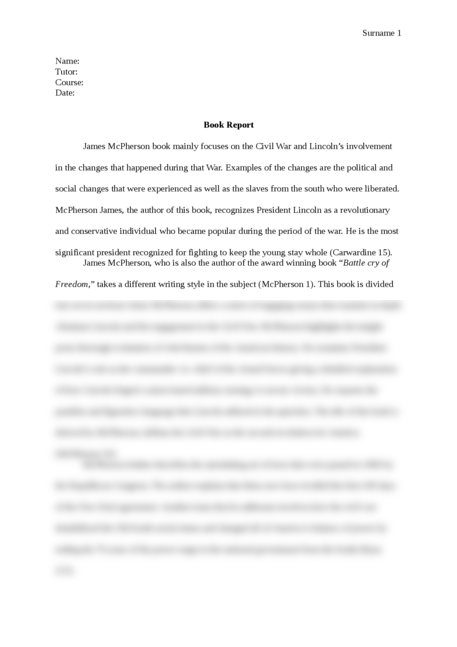 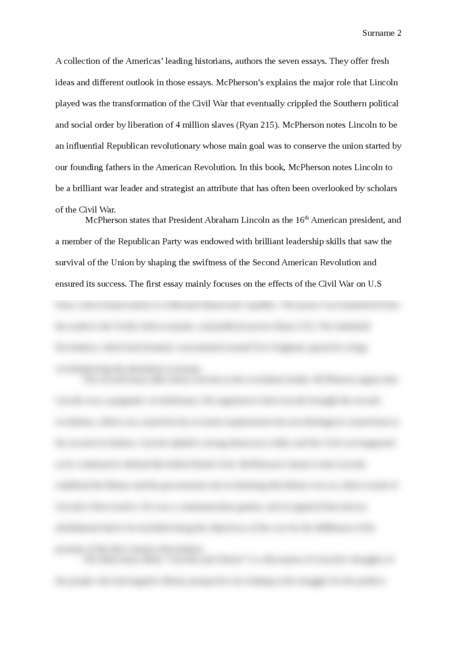 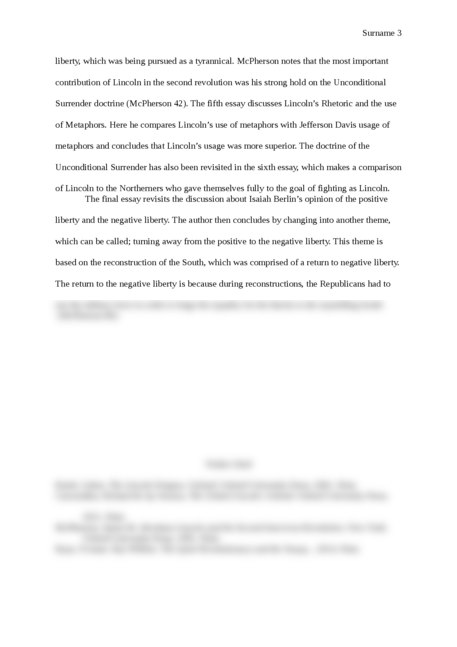 James McPherson book mainly focuses on the Civil War and Lincoln’s involvement in the changes that happened during that War. Examples of the changes are the political and social changes that were experienced as well as the slaves from the south who were liberated. McPherson James, the author of this book, recognizes President Lincoln as a revolutionary and conservative individual who became popular during the period of the war. He is the most significant president recognized for fighting to keep the young stay whole (Carwardine 15).

James McPherson, who is also the author of the award winning book “Battle cry of Freedom,” takes a different writing style in the subject (McPherson 1). This book is divided into seven sections where McPherson offers a series of engaging essays that examine in depth Abraham Lincoln and his engagement in the Civil War. McPherson highlights his insight prose thorough evaluation of vital themes of the American history. He examines President Lincoln’s role as the commander- in -chief of the Armed forces giving a detailed explanation of how Lincoln forged a union based military strategy to secure victory. He exposes the parables and figurative language that Lincoln utilized in his speeches. The title of the book is derived by McPherson, defines the Civil War as the second revolution for America (McPherson 10).