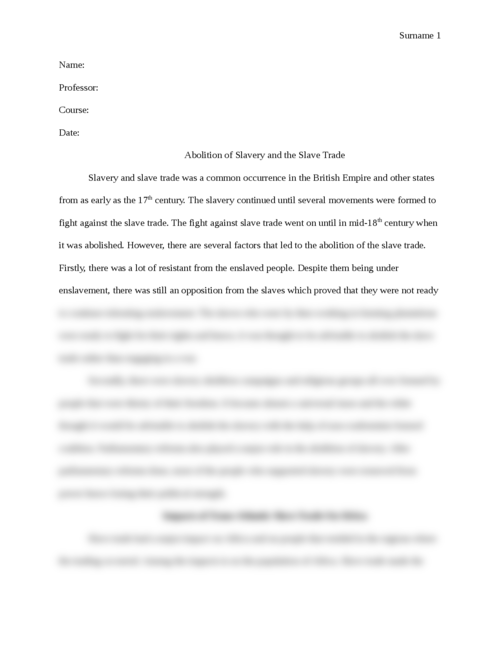 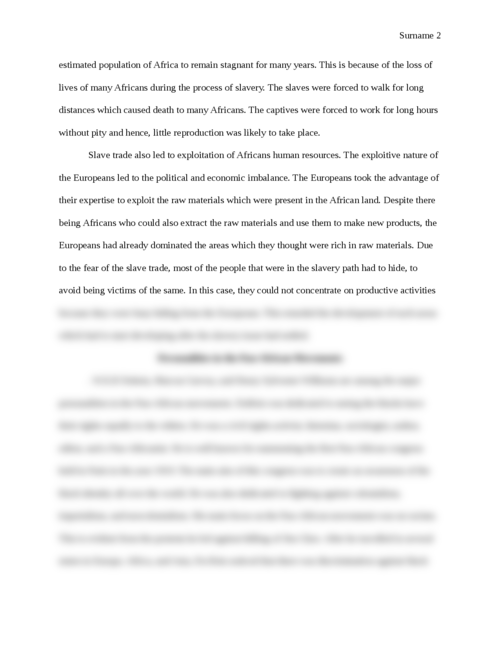 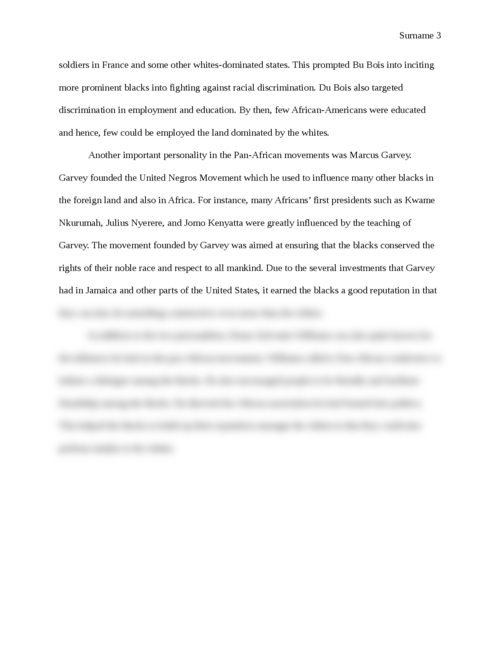 Abolition Of Slavery And The Slave Trade

Instructions: Please answer the question from section(s) applicable to you. Write a three-page double spaced easy that adequately addresses all parts of the question. Consult your notes, the assigned readings as well as the Power Point slides.

Abolition of Slavery and the Slave Trade

Slavery and slave trade was a common occurrence in the British Empire and other states from as early as the 17th century. The slavery continued until several movements were formed to fight against the slave trade. The fight against slave trade went on until in mid-18th century when it was abolished. However, there are several factors that led to the abolition of the slave trade. Firstly, there was a lot of resistant from the enslaved people. Despite them being under enslavement, there was still an opposition from the slaves which proved that they were not ready to continue tolerating enslavement. The slaves who were by then working in farming plantations were ready to fight for their rights and hence, it was thought to be advisable to abolish the slave trade rather than engaging in a war.

Secondly, there were slavery abolition campaigns and religious groups all over formed by people that were thirsty of their freedom. It became almost a universal issue and the white thought it would be advisable to abolish the slavery with the help of non-conformists formed coalition. Parliamentary reforms also played a major role in the abolition of slavery. After parliamentary reforms done, most of the people who supported slavery were removed from power hence losing their political strength.