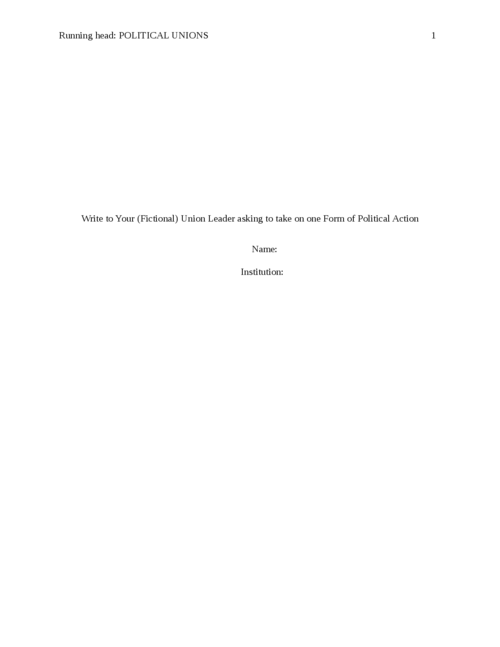 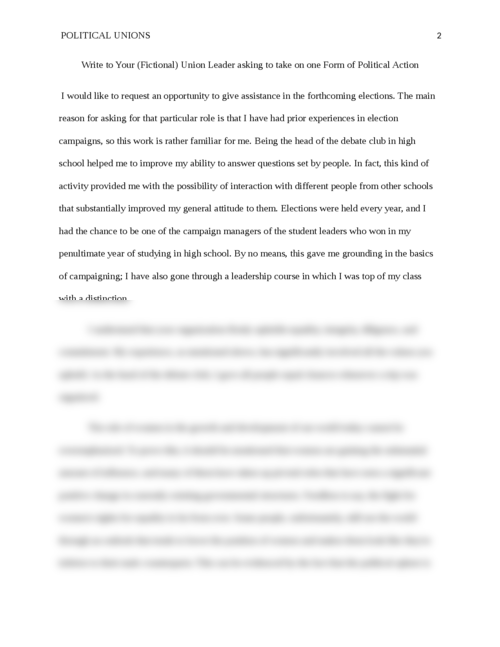 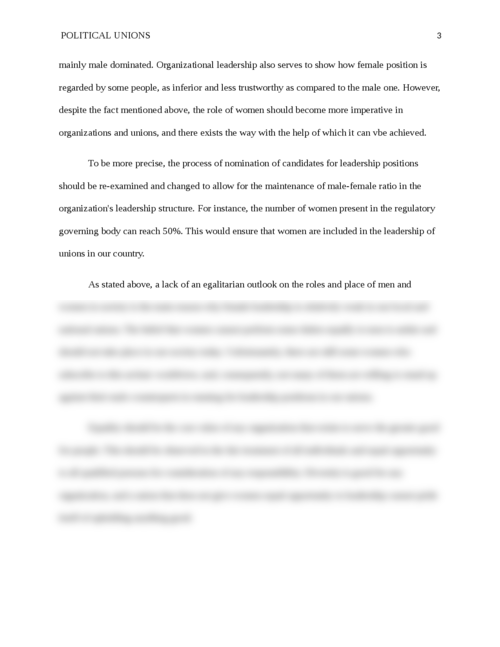 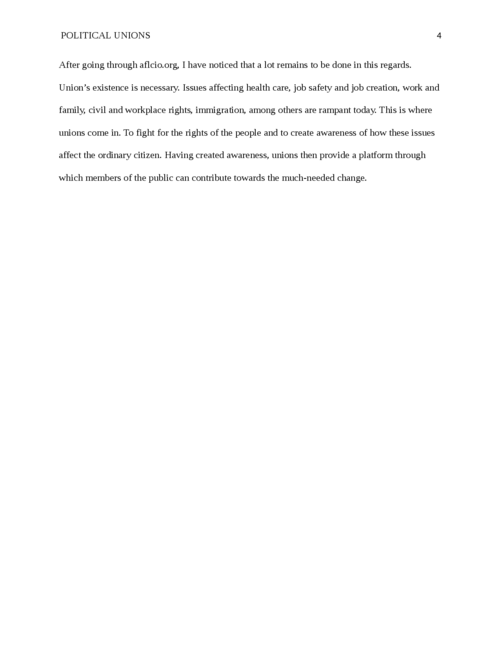 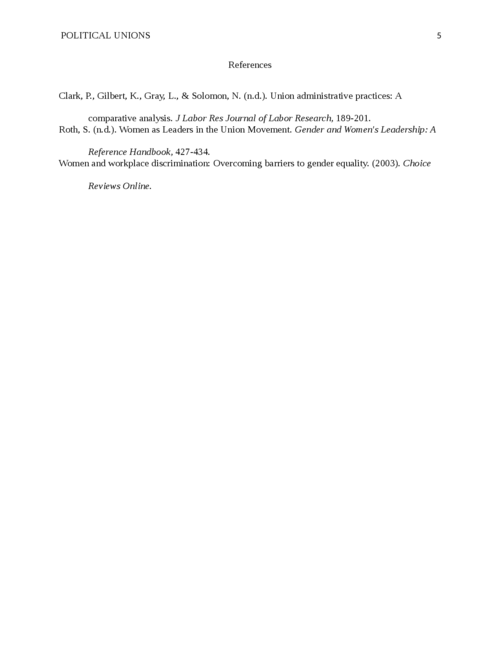 1. Write a statement in which you write to your (fictional) union leader asking to take on one form of political action. Use these basic forms;

Write a statement of petition to your union leader, include in your argument, which of the 4 tributes you should be assigned to lead and why. Call on any personal, work, volunteer or education experiences you have had to justify your choice. Include in your assessment your understanding of the organization's core values and how your skills and abilities align with them.

2. Answer discussion question. The question is as follows:

How can the inclusion of women in top leadership position local and national unions be increased? As you do so, please write a paragraph regarding why unions lack female leadership. Discuss how this diverse topic should align with organization's core values.

3. Read through any of the website of ongoing political action groups at the bottom of the page on 151 (under key terms). Provide a summary of what you learned from the website. Some of the sites are listed below:

Title: A Statement To Your Union Leader Asking Them To Take On A Political Action
Length: 2 pages (710 Words)
Style: APA

I would like to request an opportunity to give assistance in the forthcoming elections. The main reason for asking for that particular role is that I have had prior experiences in election campaigns, so this work is rather familiar for me. Being the head of the debate club in high school helped me to improve my ability to answer questions set by people. In fact, this kind of activity provided me with the possibility of interaction with different people from other schools that substantially improved my general attitude to them. Elections were held every year, and I had the chance to be one of the campaign managers of the student leaders who won in my penultimate year of studying in high school. By no means, this gave me grounding in the basics of campaigning; I have also gone through a leadership course in which I was top of my class with a distinction.

I understand that your organization firmly upholds equality, integrity, diligence, and commitment. My experience, as mentioned above, has significantly involved all the values you uphold. As the head of the debate club, I gave all people equal chances whenever a trip was organized.