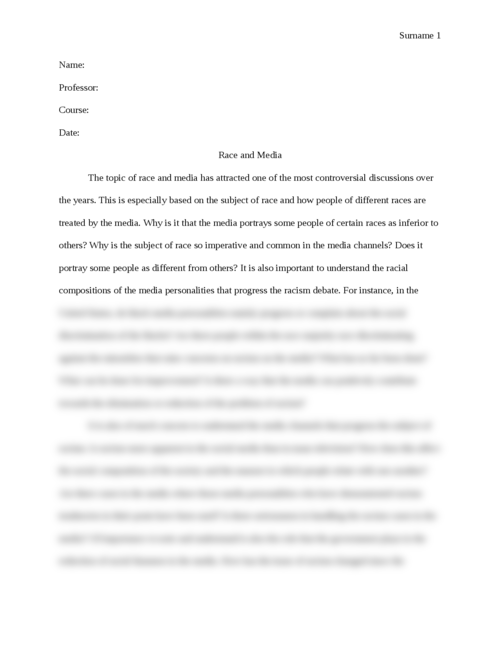 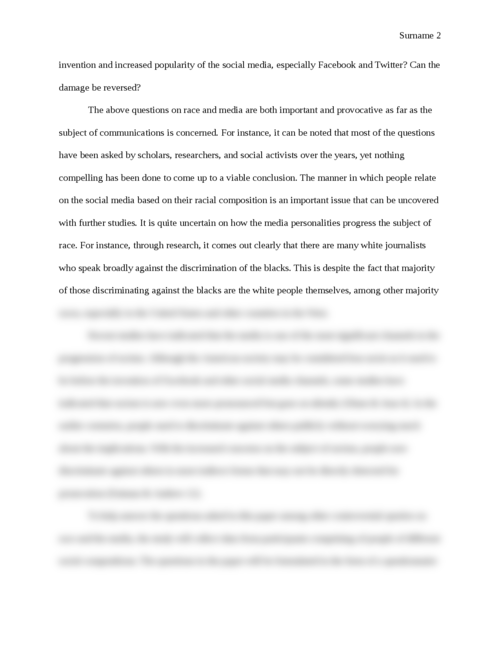 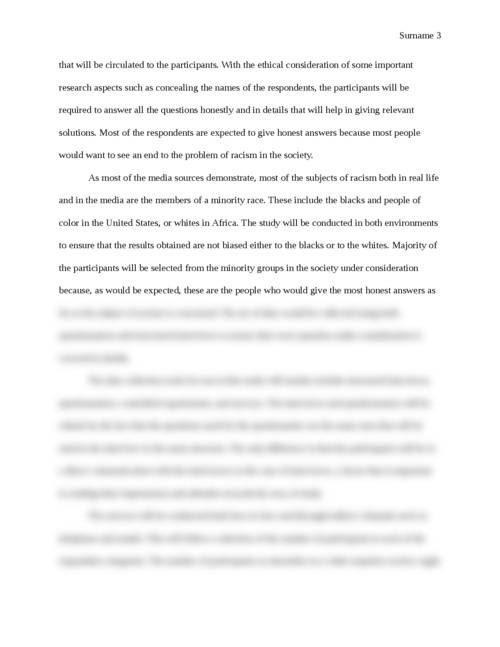 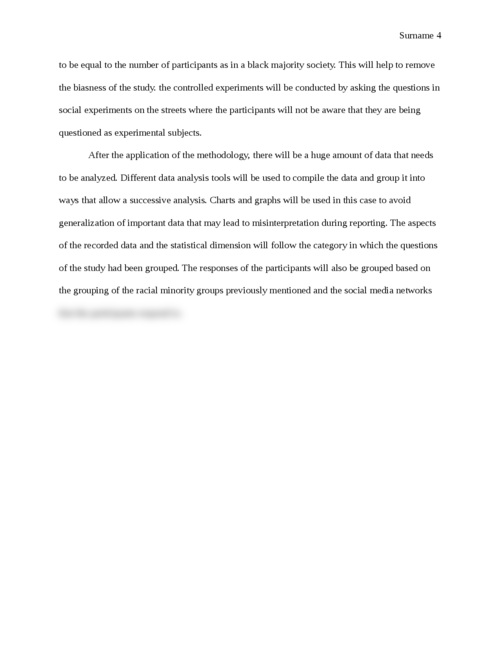 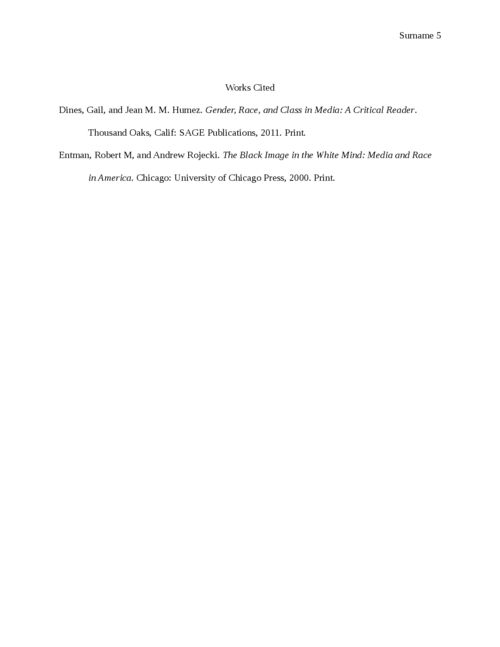 A Research Paper On The Topic: "Race And Media"

The third component of your project involves the development of a proposal for further study/research about a form of communication. Ideally your proposal will expand on your consideration of the form of communication you analyzed in Parts 1 and Part 2. If you would like to select a significantly different topic please run this by your TA.

Your research proposal should convey the questions you want to ask; explain why they are important; and describe the ways you will collect the data or evidence that will help you answer these questions; and finally the modes of analysis or interpretation you will engage. Your overarching questions might look at how this mode of communication is situated in and is

shaped by broader institutional structures, social forces, and discursive practices. An important part of how you describe your proposal is to discuss how it relates to other related research that has been done—that allows you to show how your project would be in dialog with other scholars. This involves researching and citing at least 2- 3 academic sources.

Note of Clarification: We are asking you to think about questions and the methods of studying them. You will not actually be carrying out this research project as part of this course. The objective is to formulate thoughtful questions and well-considered methods of answering them that you would need more than the time of this course to carry out. In the end you are giving detailed account of a process by which you might you gain more knowledge about the form/example of communication that you select.

Begin by articulating a set of questions that you feel are compelling. (1 page double- spaced. It’s OK if it’s just a little longer)

The topic of race and media has attracted one of the most controversial discussions over the years. This is especially based on the subject of race and how people of different races are treated by the media. Why is it that the media portrays some people of certain races as inferior to others? Why is the subject of race so imperative and common in the media channels? Does it portray some people as different from others? It is also important to understand the racial compositions of the media personalities that progress the racism debate. For instance, in the United States, do black media personalities mainly progress or complain about the racial discrimination of the blacks? Are there people within the race majority race discriminating against the minorities that raise concerns on racism on the media? What has so far been done? What can be done for improvement? Is there a way that the media can positively contribute towards the elimination or reduction of the problem of racism?

It is also of much concern to understand the media channels that progress the subject of racism. Is racism more apparent in the social media than in mass television? How does this affect the social composition of the society and the manner in which people relate with one another? Are there cases in the media where those media personalities who have demonstrated racism tendencies in their posts have been sued? Is there seriousness in handling the racism cases in the media? Of importance to note and understand is also the role that the government plays in the reduction of racial biasness in the media.